According to the Ambassador, the appointment is a "welcomed opportunity to serve Guyana in a new place". He said Brazil is an important partner for Guyana, and his move to Brazil should be seen "as an opportunity to strengthen the relationship" between the two neighbouring countries. After serving as Guyana’s Permanent Representative at the United States for several years, career diplomat, Ambassador George Talbott is getting ready for his move to Brazil as the new Guyana Ambassador.

Talbott is expected to take up his appointment within the next two months. Speaking to News Source in New York, Mr. Talbott, who began his Foreign Service career in 1991, said he is excited about the new challenge that is before him.

According to the Ambassador, the appointment is a “welcomed opportunity to serve Guyana in a new place”. He said Brazil is an important partner for Guyana, and his move to Brazil should be seen “as an opportunity to strengthen the relationship” between the two neighbouring countries.

“It is a new arena of challenge and it is different from the UN. The UN is more multilateral, Brazil is bilateral. And there is also the community in Brazil, which is the second largest diplomatic community. There are over 140 Missions based there and there are also many regional entities, like the Amazonian Treaty organisation,  and so there is the opportunity for investment since many Ambassadors representing regional entities are also based there”, Ambassador Talbott explained.

He praised the relationship that Guyana and Brazil have shared over the years and reminded that Brazil is the only neighbouring country that has no border issues with Guyana. He said Brazil remains an important partner for the entire South America and he hopes to strengthen the relations between Brazil and Guyana. 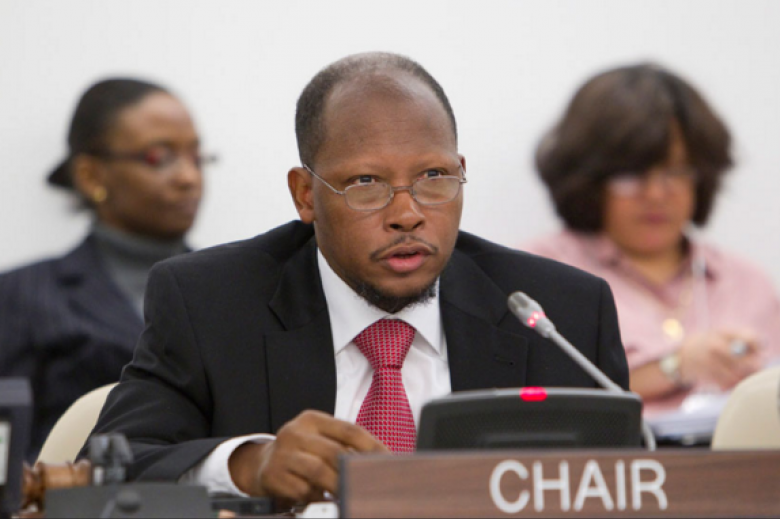 Mr. Talbott, who holds a Masters in International Relations from the Fletcher School of Law and Diplomacy, Tufts University; and a B.A. in Modern Languages (Spanish/French) from the University of Guyana, admits that he has been paying attention to many of the political developments in Brazil.

There is currently a move underway by the Brazilian legislature to impeach the country’s President. “I think we all witness what is happening and we hope for the best for Brazil and for its people and for its government”.

Ambassador Talbot has extensive experience in multilateral diplomacy. He has represented Guyana at the UN and in other international fora on economic, social, political and related issues. He headed the delegation in New York during Guyana’s chairmanship of the Rio Group in 2006 and of the Union of South American Nations in 2011.

Mr Talbot has also held several posts on UN intergovernmental bodies, including the post of Chairman of the Economic and Financial Committee of the UN General Assembly at its sixty-seventh session (September 2012 – September 2013). 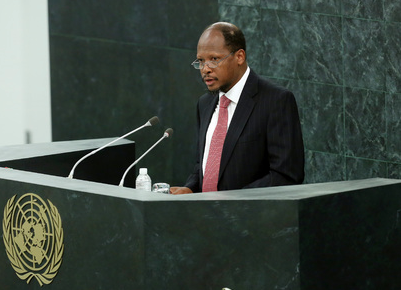 Other posts include vice-President of the UNICEF Executive Board; Vice-President, High-Level Committee on Technical Cooperation among Developing Countries (now High-Level Committee on South-South Cooperation); Vice-Chairman, United Nations Forum on Forests; Vice-Chairman, Commission on Sustainable Development; and vice-President of the UNDP/UNFPA Executive Board. Most recently, he served as a co-facilitator of preparations for the Third International Conference on Financing for Development, which adopted the Addis Ababa Action Agenda in July 2015.