The Annandale Secondary School argued against the moot ‘Dysfunctional families are a direct result of weak parenting skills’ whilst the New Amsterdam Multilateral Secondary proposed the moot.

Edwards-Charles explained that the competition was initiated by JOF Haynes, an outstanding scholar who started life as a school teacher before moving on to become one of the most brilliant and eminent scholars of his generation. She added that this competition is designed to involve as many students as possible.

The Assistant CEO defined a debate as “a uniquely beneficial educational tool in part because of the value of the argumentation theory itself.” She explained that the creation of an argument is one of the most complex acts and involves research, organisation of data, analysis of data, synthesis of different kinds of data and evaluation of information for a conclusion. 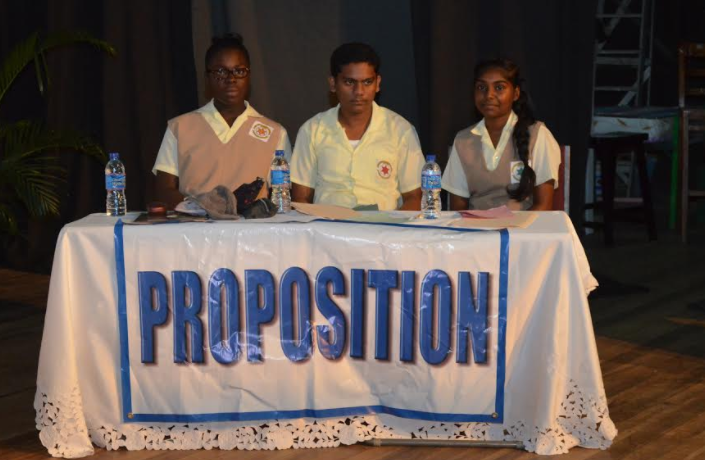 “It is clear that two persons armed with information may choose to organise and present that information resulting in two or more arguments leading to different conclusions. An argument requires debaters to concur differing methods of decision making,” Edwards-Charles explained.

According to the Assistant CEO, during the Easter term, the best debating teams at class level will debate with other classes, and schools chose their members to represent them at the JOF Haynes Entra Regional competition. In the course of April to July, regional competitions were held in each education district and the winning school represented the education district at the national level.

The JOF Haynes Secondary Schools debating competition was initiated in memory  of the Chancellor of the Judiciary Joseph Oscar Fitzclarence Haynes O.R., S.C  in 2014 who had a brilliant career as a  teacher and  both as a practicing lawyer and as Head of the Judiciary. (GINA)