The Carter Center on Thursday released its list of recommendations for the Guyana Elections Commission, the Guyana Government and political parties as it seeks to support improved quality of elections in Guyana.

The Center said GECOM, the Registrar, and other Departments of the Government should exchange accurate and complete information that will enable the removal of deceased persons from the voters’ list, even as it plugged the need for GECOM to allow for an independent audit of the voters’ list.

“While the tabulation system in Guyana is thorough, the slow pace of the process creates a vacuum of information that fuels suspicion and mistrust,” the statement from the Carter Center noted.

It said Guyana should consider a full review of tabulation procedures, possibly including steps such as a double-blind data-entry system to enhance accuracy and confidence.

Among other recommendations for GECOM include are for improved accessibility for voters with disabilities and ensuring that citizens can cast their ballot in a neutral environment.

The Center that has earned its respect for encouraging free, fair and credible elections across the world noted that the government should consider reforms that would reduce the politicized composition of GECOM and move toward an election management body with a structure, composition, and operations that are more consistent with international good practice and obligations while ensuring the independence and impartiality of the election management body. 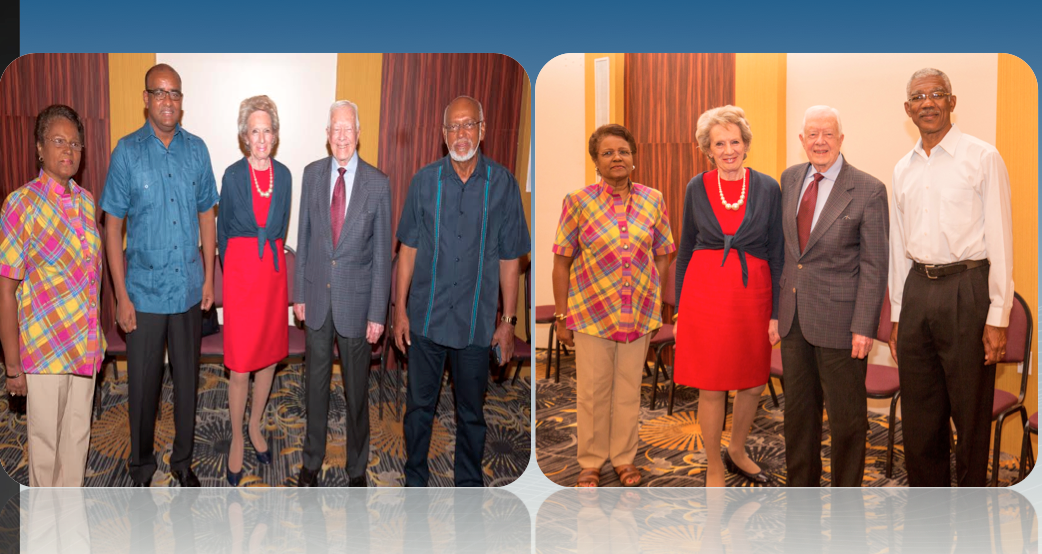 “The consolidation of existing electoral law, which at present has to be established across a plethora of legal instruments, would enhance both the clarity and the certainty of the legal rules. In addition, the laws of Guyana, including those that pertain to elections, should be made more readily available and easily accessible to citizens,” the statement added.

The Center wants the government to establish legislation to introduce greater transparency into the sources of funding of political parties through reforms such as requiring disclosure of sources, not just in the context of elections.

“Establishing party finance regulations with clear, rigorous, and enforceable regulations for reporting; requiring electoral contestants to make reports on their campaign expenditures publicly available, with strong penalties for those who do not comply with regulations.”

Other recommendations for the government and other political parties include boundary delimitation and the creation of an environment for all parties to strengthen their internal democracy and make their operating procedures more transparent.

On a general note, the Carter Center said there was a generally calm and peaceful atmosphere during elections day, the ballot reconciliation and the completion of Statements of Polls (SoPs).

Observers did not report any significant irregularities during the post-election tabulation and verification of results phases.