With early morning showers hammering downtown Georgetown, the City Council moved in as vendors moved out, to begin the clean up of outside the historic Stabroek Market.

Mayor Patricia Chase-Green and Town Clerk Royston King were both on the scene overlooking the start of the work. Some vendors assisted council workers in the clean up drive, while others complained bitterly about the decision to remove them.

One shoe vendor angrily vented her concern and said she is prepared not to move because she is not sure that they are being moved to any place better. The woman said she is a single parent and does not know if she will be able to survive once moved from the area. 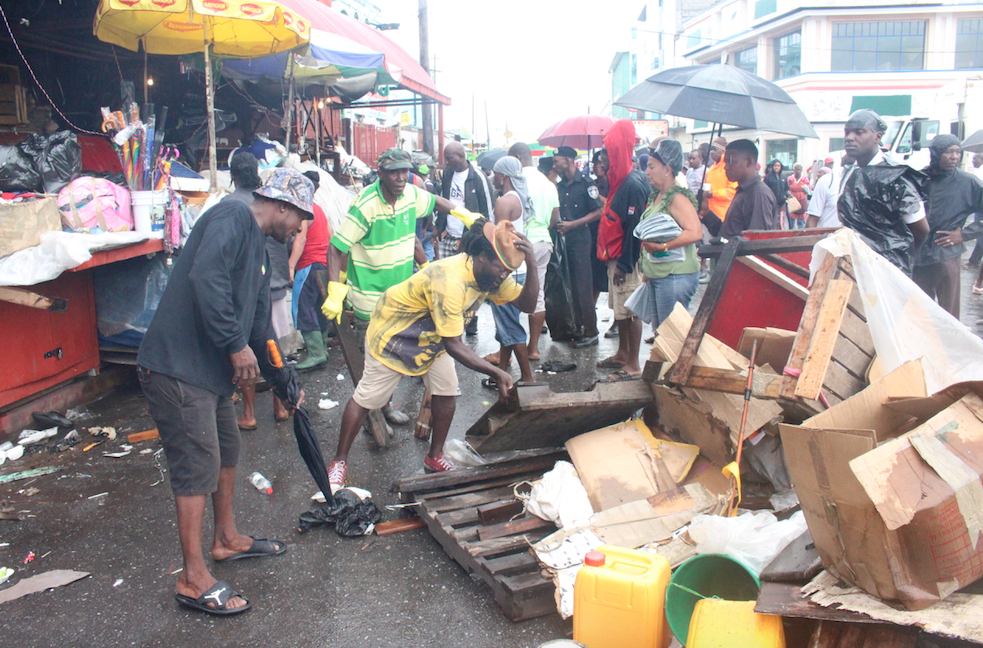 Another vendor who also claimed that she is a single parent, said she has concerns also about any new vending area being developed.

But Mayor Chase-Green said it is time to clean up the area, and while vendors may have voted for them and the coalition government, they must understand that when change comes, not everyone will be happy with it.

According to the Mayor, she will ensure that the vendors are moved to an area that is better for them and that will still attract business,  but she is adamant that they could no longer be accommodated outside the market in the present state.

The Mayor said as you walk along the area, you would realise that some vendors have made the area their home while setting up shacks and tents to rest. She said some vendors have been found living in their stalls and that cannot be encouraged.

“It is ugly and looks like a shanty town”, Mayor Chase-Green noted.

She said over the years, there have been many instances of persons being robbed right in the same area and it is now time to clean that up, as the country prepares to welcome thousands of visitors home. 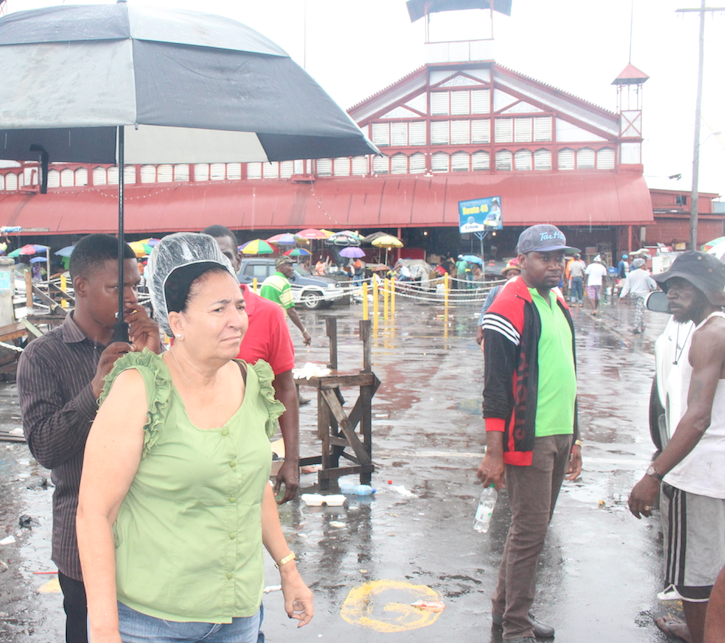 The Mayor said the City Council wants to work along with the vendors but the lawlessness must be replaced with lawfulness “and I hope that they can understand that the future is what we are dealing with. The present is ugly down here and we need to beautify this down town”.

The Council has earmarked an empty plot of land behind Parliament buildings on Hadfield Street as a temporary relocation spot for the vendors.

While some disagreed with the move, others said they understand the council’s vision and would have no problem moving to the new area, especially if the council “nice it up”.