Guyana’s Head of State (Retired Brigadier) David Granger told media operatives at his office on Tuesday, that his administration has received information that there was an extraordinary military deployment in Eastern Venezuela over the last month. by Kurt Campbell for News Source

The Guyana Government is preparing to respond to possible activity from the Venezuelan National Bolivarian Armed Forces at Guyana’s western border which it shares with Venezuela.

Guyana’s President (Retired Brigadier) David Granger told media operatives on Tuesday at his office that the government has received information that there has been an extraordinary military deployment in Eastern Venezuela over the last month.

He said Guyana has every reason to believe that this “abnormal” military presence is a threat to this country’s territorial integrity and as such the government is preparing to take whatever actions are appropriate to protect its border.

Guyana and Venezuela have been embroiled in recent months in a border controversy, where the Nicolas Muduro government in that country has reignited a decade’s old illegal claim to Guyana’s Essequibo Region and its oil rich maritime space.

“The situation is getting worse not better, although Venezuela is embroiled in a major controversy with Colombia,” President Granger said.

The President spoke to the media shortly after leaving a meeting with the Prime Minister, Chief of Staff, Police Commissioner and Ministers of State, Public Security and Legal Affairs, where the matter was being discussed and Guyana’s response was being strategized.

“It is very provocative and we feel Venezuela is treading a very dangerous course at this point in time, rather than seeking a peaceful resolution to the matter Venezuela seems to be pursuing a very defensive and aggressive course,” President Granger reasoned. 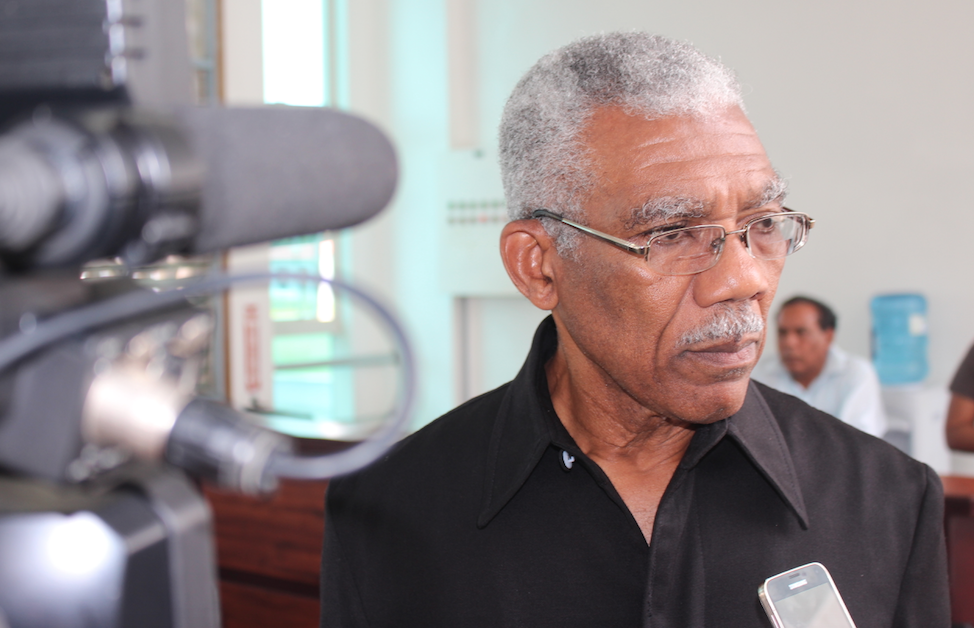 The former Army Commander said based on intelligence he has received the military buildup in Eastern Venezuela is mostly marine troops and various forms of ground forces.

He added that this matter will be the most important consideration for Guyana when it heads to the United Nationals General Assembly in the U.S later this week.

Guyana continue to reject Venezuela claims and has called for a judicial settlement of the matter.

Several persons in the bordering region with Venezuela have reported the unusual troop build up in the neighbouring state and the Brazilian government has also taken note of the build up with some concern.