The Minister also wants the GGMC to offer support in ensuring mine safety and Occupational Health, the establishment of demonstration sites to train miners in best practices, the provision of geo-technical services and the resolution of any land tenure disputes within the areas to be allocated. Natural Resources and Environment Minister Raphael Trotman sternly instructed the Guyana Geology and Mines Commission (GGMC) and the Closed Area Committee on Friday to move urgently to release lands with known occurrences of minerals and accessibility to small scale miners, as complaints in this regard dominated a miners’ forum.
Trotman along with Junior Natural Resources Minister Simona Brommes met with small miners with the intention of crafting policy and legislation that would allow for small miners to engage more profitably in mining.
He said the administration was cognizant that many small-scale miners have acquired lands that are without any minerals or with occurrences too low to ensure viability.
“We are also aware of the significant amount of lands abandoned by medium scale miners alone over the last year, for one reason or another, these lands are ideal for small-scale miners who are more likely to bear fruitful prospects. I therefore want to ensure that access to these lands is given to genuine small-scale miners who can have an opportunity to make effective use of the land, and more importantly, that this process be completed within three months,” Trotman said. 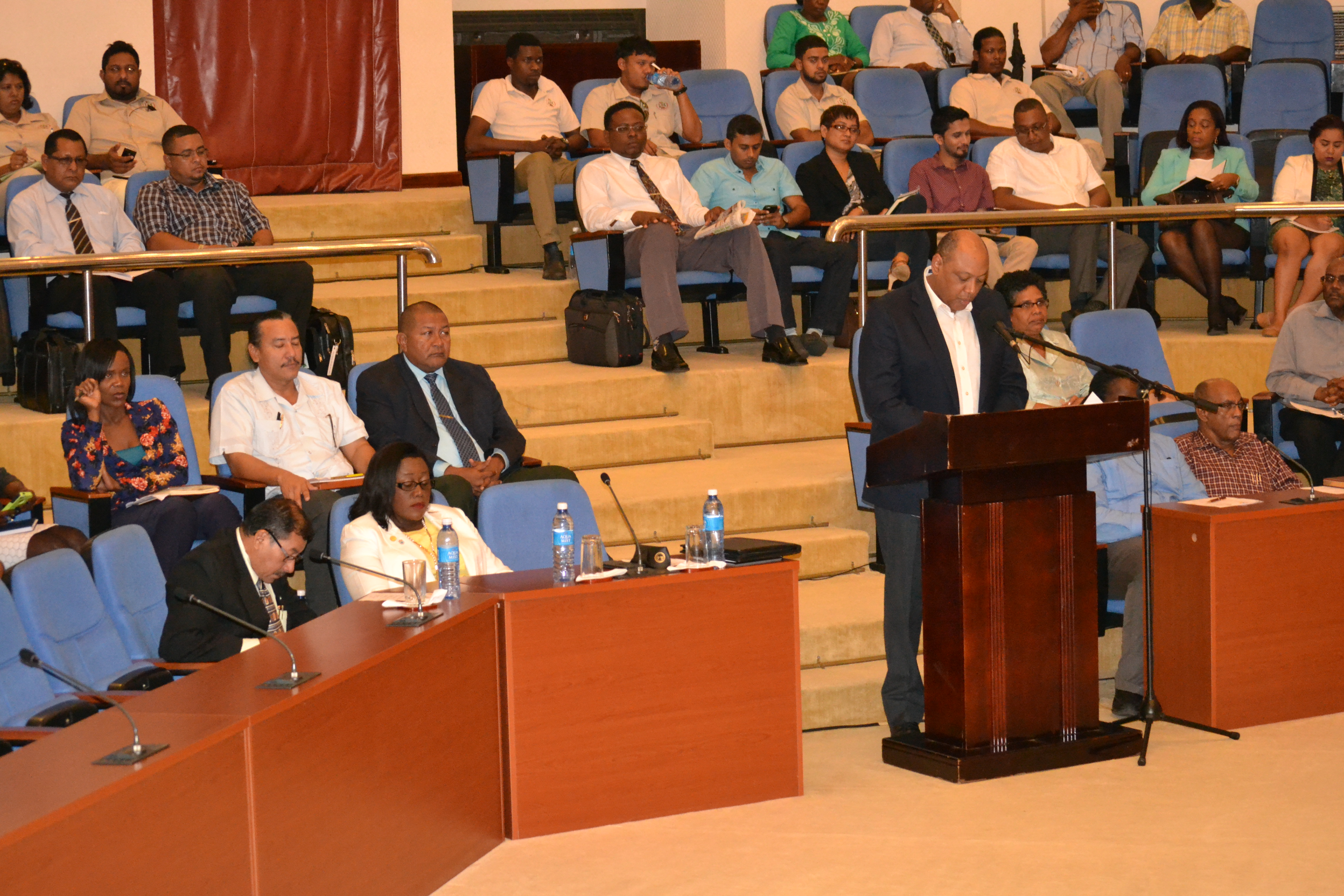 He also urged the GGMC to do this while ensuring transparent and equitable distribution based on criteria to be established, infrastructural development, mineral data available to miners and provision of Technical Support in recovery methods.
The Minister also wants the GGMC to offer support in ensuring mine safety and Occupational Health, the establishment of demonstration sites to train miners in best practices, the provision of geo-technical services and the resolution of any land tenure disputes within the areas to be allocated.
“Mining is a business and many, who just rushed into operation, when the price of gold was at a record high, have discovered what many who have been in the industry for years have always known – gold mining is not a hobby or a get rich quick scheme. It is a daily struggle to venture into the unknown,” the Minister added.
He said it is for this reason that credit must be given to the small miners while also urging the observance of occupational health and safety standards and respect for the environment.
Meanwhile, Minister Broomes told miners that the meeting was very personal for her, having been a small miner herself.
She said the family hood between small and large-scale miners which has been eroded over the years must be rebuilt. Among other issues raised by small miners were gold smuggling, unsafe mining practices, exploitation, and inaccessibility of lands, duty-free concessions and corruption.