During a recording of the Public Interest television programme, Mr. Granger said that the Coalition did not expect the country to be riddled with so much in debt when it took office. As the government awaits an official response from the Guyana Public Service Union to its salary increase offer, President David Granger has indicated that his administration will move ahead with the increases even if the GPSU rejects the final offer from government.

He said at this stage, the 10% to 1 % offer represents what the government could afford at this time, adding that the administration will continue to employ other initiatives to improve the lives of public servants and all other Guyanese.

During a recording of the Public Interest television programme,  Mr. Granger said that the Coalition did not expect the country to be riddled with so much in debt when it took office.

He said billions of dollars are still being spent on bailouts for the Guyana Sugar Corporation even as the administration has moved to develop and improve other social aspects of Guyanese life.

The President said “when we went into office in May last year we did not anticipate the size of indebtedness of GuySuCo whose bailout has been $10B a year.  We have also seen a fall in commodity prices worldwide; bauxite, gold, timber which have affected our revenues. We have also not been able to find sufficient funding for other social services such as the University of Guyana, the school system and also the health services. We did try to move old age pension up a bit. The social sector has taken quite a bit of our money”.

The General Council of the GPSU is expected to meet today to discuss the government salary increase offer.

The offer came after more than two months of negotiations between the union and the government. The union was initially asking for a 40% increase but then reduced that to 25%. 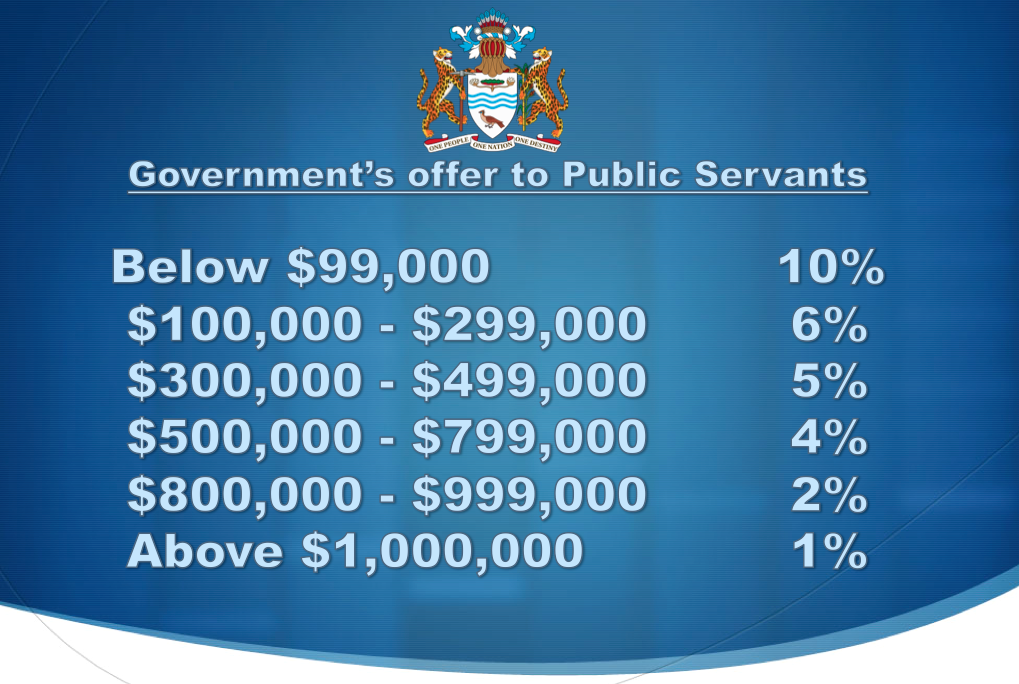