Remembered as one to always find compromise while remaining a humble soul, the life of Reepu Daman Persaud was celebrated today. Scores of persons gathered at the Guyana International Convention Centre to pay tribute and to reflect on the life and work of the former Government Minister and Member of Parliament.

Cloudy conditions with the sun peeking out stood overhead, as the remains of the long serving Guyanese politician arrived at the Centre.  Reepu Daman Persaud was a very religious person and committed himself to the Hindu faith. He was the founder of the Guyana Hindu Dharmic Sabha and divided himself between the politics of the day and commitment to his religion. 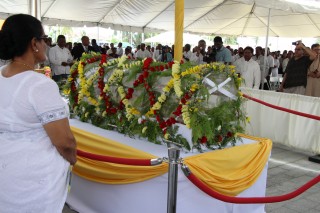 Reflecting on his life, the Secretary of the Guyana Hindu Dharmic Sabha Mrs. Chandra Gajraj said he was very connected to his faith and the teachings of his faith. She described him as humble and one who was always there for the ordinary man.

Reepu Daman Persaud was born to Indentured Servants and grew up on Plantation Diamond. Mrs. Gajraj believes that his upbringing may have been key in the way he lived the rest of his life.

In December of 1964, Reepu Daman Persaud was elected as a Member of Parliament for the Peoples Progressive Party. He would become one of the longest-serving Parliamentarians retiring in 2006 after 41 years of  service to the nation as a Parliamentary Representative. 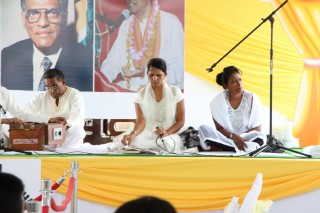 Longtime PPP Executive Member and Cabinet Secretary Dr. Roger Luncheon said Reepu Daman Persaud’s legacy will be his love of country and his commitment to Guyana and Guyanese.

Luncheon recalled that on the same day Persaud was sworn in as Agriculture Minister in 1992, he found himself on the East Coast of  Demerara with the people as they faced flooding from a sea defence breach. “That was the kind of man he was, always a man of the people” Dr. Luncehon recalled.

Former PNC and Opposition Leader Robert Corbin was honoured along with Pandit Persaud by the Parliament of Guyana in 2012 as two long serving members of the National Assembly.

Today, Corbin said he will remember “Reep” as someone to always reach across the aisle for compromise. He said whenever the Parliament was faced with a big issue, Persaud was always there to guide them along. Mr. Corbin also told the gathering that although they were from different sides of the political arena, one could never downplay  Persaud’s patriotism. 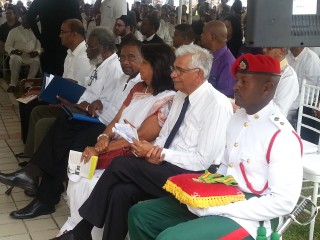