Jagdeo threatens move to the Court over GECOM Chairman appointment

Mr. Jagdeo told a media briefing today at PPP Headquarters, Robb Street, that he is still awaiting clarification from the President on his interpretation of the Constitutional requirements for the GECOM job. Opposition Leader and former President, Bharrat Jagdeo is threatening to move to the Court over the interpretation of the Constitutional requirements for the post of Elections Commission Chairman.

Mr. Jagdeo told a media briefing today at PPP Headquarters, Robb Street, that he is still awaiting clarification from the President on his interpretation of the Constitutional requirements for the GECOM job.

He said he believes the President should turn to the Court for that interpretation and not to his Attorney General, since according to Jagdeo, the Attorney General has in the past, provided flawed legal advice.

He said he is still awaiting a meeting with the President on the issue and if that meeting takes place, he intends to suggest that they jointly move to the Caribbean Court of Justice for the legal interpretation of the Constitution.

President David Granger has asked the Opposition Leader to submit a new list of nominees for the GECOM top job after declaring that the first list of six names was “unacceptable” because the persons do not fit the constitutional requirements for the job.

The Constitution requires that whoever is appointed to the GECOM Chairman job be someone who is a Judge, served as a Judge, qualified to be a Judge or is fit and proper for the post. 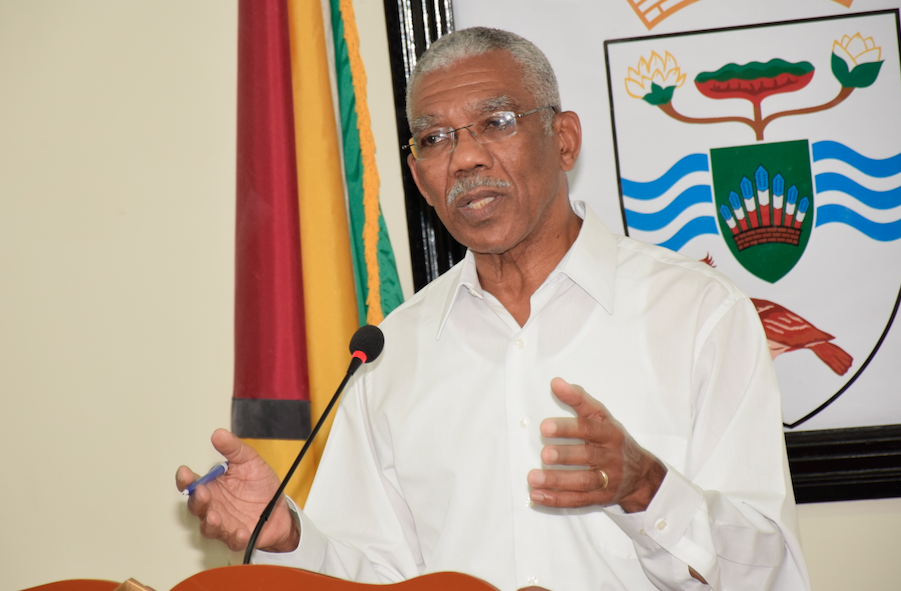 Mr. Jagdeo said he believes that while his six nominees may not be Judges or qualified to be a Judge, they are all fit and proper for the post.

Attorney General, Senior Counsel Basil Williams, has indicated that it is the President who will have to decide who is fit and proper for the post since the Constitution hands that responsibility to him.

The Opposition disagrees and appear convinced that the President could have picked any of the six nominees that Mr. Jagdeo submitted.

President Granger on Wednesday told members of the media that he is not in to playing politics on the issue, but rather following the Constitution. He also said that his decision will not be based on decisions by past Presidents on the issue.

“My understanding is that at all material times a member of the legal profession or several members of the legal profession were on the list but my acceptance of the nomination …does not necessarily mean that I must accept the six names that were submitted. So it doesn’t follow the law of what you would call the ‘non sequitur’ [a conclusion or statement that does not logically follow from the previous argument or statement]. So the point is, even if the Constitution had been breached, or a nomination been made in breach of the Constitution, 10 or 20 years ago, there is no need to repeat it so that’s not a precedent. I am accepting now as President that the Constitutional provisions must be applied”, the President told the media on Wednesday.

Today, Jagdeo said he believes the President is still politics on the issue, but he is ready to meet and discuss the issue.

“We are seeking clarification and we may agree or we may not and at that point we will decide on the way forward”, Jagdeo said. 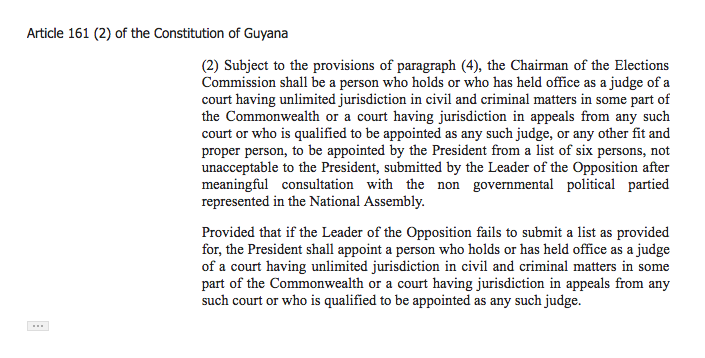