"If there is one recommendation Mr. Granger has consciously overlooked, it is the dismissal of Prakash Ramjattan as the Minister of Public Security of this country. Lying at the feet of Ramjattan and indeed the Granger administration are seventeen (17), not three (3) dead bodies", Rohee said. General Secretary of the People’s Progressive Party and former Minister of Home Affairs, Clement Rohee wants the President to fire his Public Security Minister, Khemraj Ramjattan over the fiery riot in the Camp Street jail which resulted in the death of 17 inmates, who reportedly set the fire themselves as a protest.

At his Monday morning press briefing, Mr. Rohee said while the PPP did not leave a perfect system behind, heads must roll for what took place at Camp Street.

“If there is one recommendation Mr. Granger has consciously overlooked, it is the dismissal of Prakash Ramjattan as the Minister of Public Security of this country. Lying at the feet of Ramjattan and indeed the Granger administration are seventeen (17), not three (3) dead bodies”, Rohee said.

The PPP General Secretary sought to compare the deaths in the Camp Street jail to the police shooting deaths of three Linden protesters during the bridge protest in Linden while the PPP was in office.

He recalled that when three unarmed protestors were shot dead by the police in Linden, there were calls for his dismissal as he served as Home Affairs Minister.

Rohee never resigned and the PPP government stood by his side.

According to Rohee, the David Granger administration must take full and collective responsibility for the deadly occurrence at the Georgetown Prison.

He said “the PPP/C had its challenges at prison locations around the country. The Party would be the last to say that it has left a perfect system in place but, at the sametime it would be true to say that the challenges were not insurmountable nor without solutions. Morevoer, it is an uncontestable fact that throughout its entire twenty-three (23) years in office there was never a shooting of tear gas or live rounds at prisoners nor a riot of the magnitude that recently took place that cost the lives of seventeen (17) prisoners and a number of injured.”

There was no shooting of live round at prisoners and tear gas was fired into the prison yard on Friday as the prisoners sought to set new fires and break up some of the old prison buildings.

But Rohee maintains that “the Granger administration stands condemned. Heads must roll for this unforgiveable and unforgettably episode in the hierarchy of the Security Sector in general and the Prison Service in particular.”

Rohee told reporters that the recent Camp Street unrests has “shattered the myth” that the Granger – led administration is best equipped to address the security situation in country.

He said to prevent recurrence, President Granger will need to pick up from where the PPP left off and press ahead with the strategic plan for prison reform. 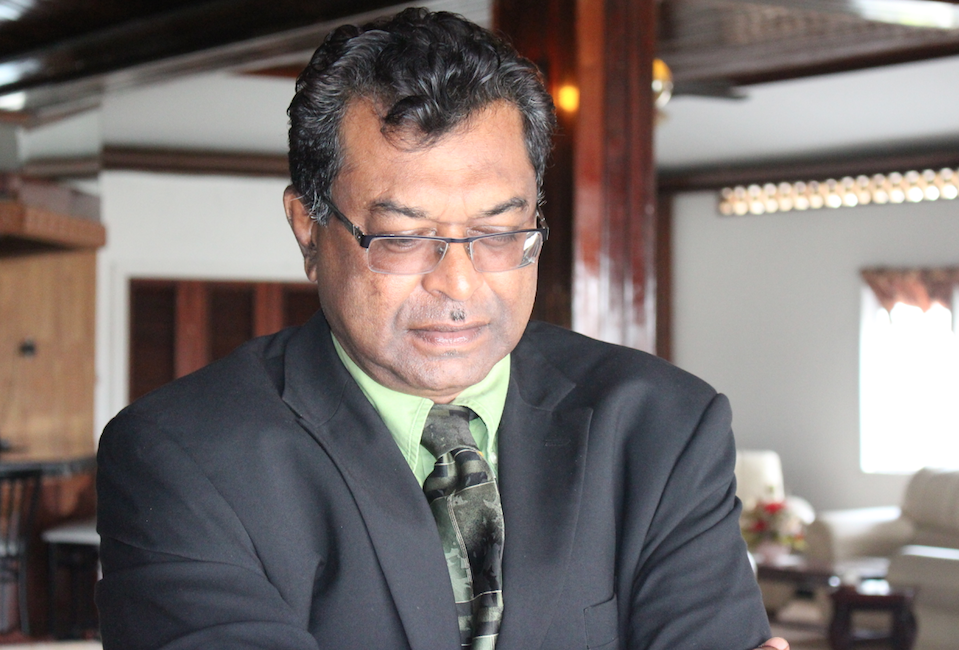 “The blueprint is there”, Rohee said while noting  that the PPP’s plan includes a name change from the Guyana Prison Service to the Guyana Correctional and Prison Service. Establishment and functioning of a Sentence Management Board, Agriculture Development Board, Recruitment and Training Board, Prison Visiting Committee and the Cecil Kilkenny Training College at Lusignan while transforming the facility there for young first time offenders to prevent contamination.

He said there were also plans to construct a new prison at Timerhi which was put on pause after the airport expansion project was initiated. “The prison reforms initiated by the PPP are unmatched in the history of prison reforms in Guyana and augers well for the future,” he claimed.

President David Granger has since established a Commission of Inquiry to look into events that led to the Georgetown Prison riot which resulted in the 13 deaths.