The Opposition People’s Progressive Party called a Wednesday morning press conference to criticize the government for increasing the salaries for Vice Presidents and Senior Ministers. However, the party did not offer an opinion on the 50% increase for the Opposition Leader and the 19% increases that junior government ministers and all other Members of Parliament will receive.

Mr. Rohee said his party wants the government to rescind the increases to the Senior Ministers and Vice Presidents.

However, when questioned whether the party intends to reject the increases that have also been given to the Leader of the Opposition and the PPP Members of Parliament, Mr. Rohee said the party has not met to consult on that issue and therefore has not made no decision on the issue as yet.

The PPP General Secretary said that when one looks at the salaries that the Senior Government Ministers and Vice Presidents will be getting, the increases for other Members of Parliament is nothing but “chicken feed”.  He said the 50% increases can only be described as “ugly” and the government should rescind the decision.

Mr. Rohee also lashed out at Minister of State Joe Harmon for defence of the increases, adding that many of the Ministers are still new to the job with no government experience. “They are now getting wet behind the ears”, Rohee said, as he added that he does not fully believe that higher salaries for government ministers will see them not being accused of corrupt practices.

When asked about the 100% increase in salaries that the PPP government gave to its Ministers a few months after it took office in 1992, Mr. Rohee who served as a Minister from 1992 to 2015, said he could not remember all of those details from “so long ago”.

The government’s Chief Spokesman, Minister of State Joe Harmon on Tuesday stood his ground to defend salary increases that were offered to government ministers and Members of Parliament.

Harmon told the media that he was not prepared to offer any apologies for the salary increases since it is his fervent belief that it can be justified and it is most deserving.

“The Ministers of government that we have now justify an increase, the salary of a senior minister is 500 plus thousand a month… that is what I paid to one of my Attorneys when I was in private practice… why should I be working for that?” he questioned.

He said too that a careful examination of the Cabinet would reveal that there are persons of quality and as a consequence they should be paid accordingly. 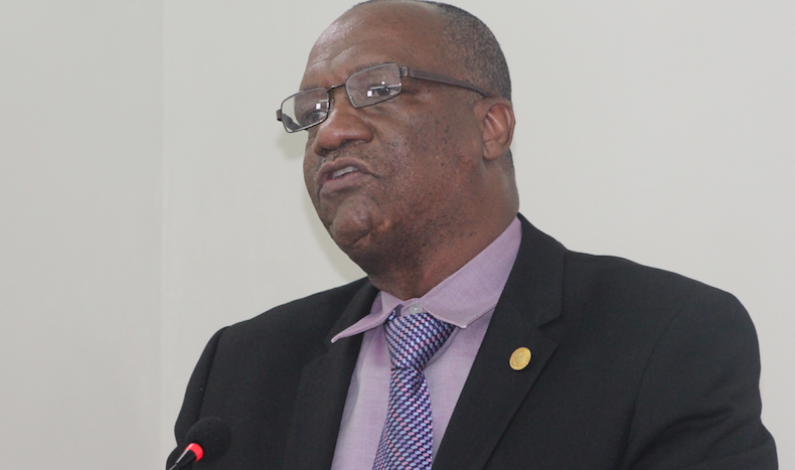 “You cannot have a situation like in the PPP where they were prepared to accept low salaries because they were thieving monies all over the place, we are not going to do that, our ministers will have to sign to a code of conduct, a code of service which requires then to act at the different levels,” he added.

Harmon maintained that he salary increase are justifiable and must be paid if persons are expected to perform.

According to documents published in the Official Gazette of September 25, Prime Minister Moses Nagamootoo will be paid $20,580,000 per annum. The Prime Minister’s new salary represents a 10% increase.

Other parliamentarians, inclusive of those in the opposition benches, will be paid $2, 402,532 each year and that represents a 19% increase while the Speaker will be paid $10M annually. He gets a 50% increase.

Increases were also given to the Chief Whips, Parliamentary Secretaries and the  Deputy Speaker of the National Assembly.