Football: GFF against the wall as Alpha, Pele and GFC pull out of Elige League

In letters signed by the respective Presidents, Odinaga Lumumba (Alpha United) and Robbie Rambarran (Pele FC) and GFC Secretary Faizal Khan and addressed to Forde, the clubs cited the reasons for withdrawal as “the changes to the original format without consultation and agreement with the clubs”. The Guyana Football Federation’s Stag Elite League, which is slated recommence on Sunday,  has been dealt another deafening blow as powerhouses Alpha United, Pele Football Club and the Georgetown Football Club (GFC) today announced their non-participation in the tournament, joining inaugural winners Slingerz FC on the sidelines.

The withdrawal by the clubs, comes on the heels of a rift the current GFF President, Wayne Forde.

In letters signed by the  respective Presidents, Odinaga Lumumba (Alpha United) and Robbie Rambarran (Pele FC) and GFC Secretary Faizal Khan and addressed to Forde, the clubs cited the reasons for withdrawal as “the changes to the original format without consultation and agreement with the clubs”.

However, instead of relegation, the GFF executives opted for expansion, a move which the clubs deemed as “high handedness” by the GFF President, stating that it  “breaches the agreement they signed” since East Coast Demerara based Victoria Kings and Linden unit Topp XX are the new additions.

“The clubs are contending that the method used to expand the league with the inclusion of the two teams, lacks football reasoning and criteria and is in breach of the Guyana Football Federation Constitution based on Articles (s) 9:1, 10:1B and 10:2”, the letters stated. 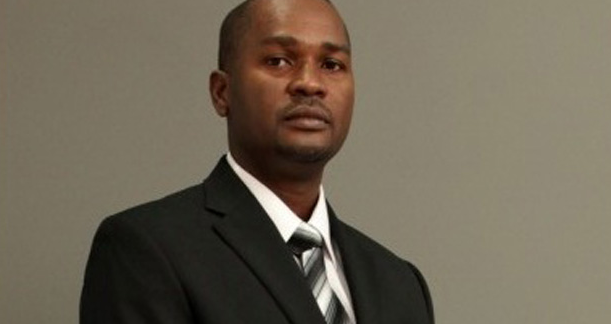 Forde was reported as saying that there was “no actual contract with the Elite league teams but mere regulations” which came into existence under the FIFA Normalization Committee headed by Clinton Urling.

In response, Urling was reported in another section of the press as stating that “we agreed upon, and it is not just the Rules and Regulations that we agreed upon, we also, at that time agreed on how we will administer the relegation and delegation part where teams would have been part of the current construct for a period of two years”.

The clubs also questioned the rationale behind the expansion after “a substantial loss in year one and projected loss in year two as well”.

In the last season, the League was managed by the Kashif and Shanghai Organisation, but the GFF has decided to place the management of the league in the hands of the clubs, a decision in which Alpha in particular is against.

“Alpha United is making it clear to the GFF, our strong objections to any new proposals that have the Elite teams as manager of the games and venue operations and all logistics associated with the game”.

The move by the Federation to place the management of matches in the hands of clubs was aimed at allowing clubs to garner move revenue. However, the contention was that not all clubs have a fixed home ground and would have to use another club’s ground to play their “home” matches which created the confusion.

The reduction of foreign-based players (non-nationals) from five to three along with the reduction in prize money from eight million to six million were also some concerns red flagged by the clubs.

The Georgetown Football Club in its manuscript stated that the club is “still awaiting payments for their elite players as well for the club ground rental for matches played thereon”, since “you will appreciate the GFC is a football club and not a football team and as such we have financial commitments”.

The four clubs expressed that they will be seeking to use arbitration and all mechanisms described in the GFF Constitution in an effort to resolve the dispute.

When contacted for a comment on the issue, the GFF President stated that “the ultimate goal is to get the league running and to have football being played and resolve the issues with the clubs”.