The Caribbean Examination Council (CXC) is celebrating 40 years since its establishment and the regional body is recognising Guyana and the work of Guyanese over the past four decades. 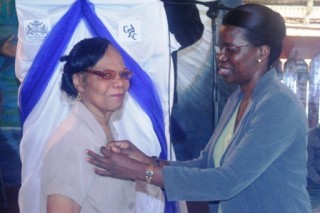 Ms. Juliet Persico being awarded as the longest-serving local Registrar.

The CXC Assistant Registrar said over the years Guyana has shown a lot of faith and commitment to the programmes offered by CXC, and was among the first to sign onto the CXC advanced proficiency programme in 1998.

She added that Guyanese students have also been excelling at the examinations, especially in the national awards where students have been raking in the top awards, and the number of entries from Guyana, for both CXC and CAPE, has also been outstanding. “This is one of the few territories where we haven’t seen a contraction in the CAPE entries,” she stated.

Minister of Education, Priya Manickchand noted that the Guyana Government will remain committed to Council and its work. She said over the years Guyana has put several programmes and systems in place to support students who are preparing to write the CXC examinations.

At the ceremony, the Education Ministry gave recognition to the local registrar, moderators, examiners and staff of the examination division for their continuous and long service to CXC.

“Because of equal access, because of equity across the system, because of those deliberate policies to make sure children right across Guyana irrespective of what colour you are, or how wealthy your parents are or what school you’re from and which region you’re from – you could access quality education…you have seen how that has produced, over the years, top students from everywhere…we can no longer map where the top student is coming from,” Minister Manickchand said.

Among those honoured was former Principal for the St. Joseph’s High School Ms. Ingrid Fung. She was recognised for her long service as an examiner for English A. 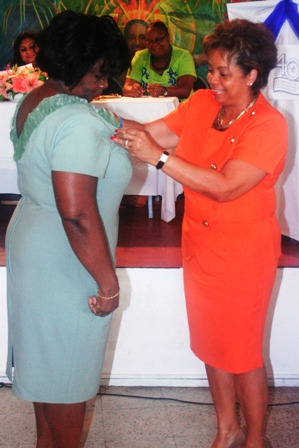 Guyanese students have topped the various CXC examinations over the years. Over 13,000 students are registered to write the examinations later this year.

One Response to "40 years of CXC; Guyana Honoured"