According to the General Manager (ag) of the Guyana Rice Development Board, Allison Peters, “this is the first shipment to Cuba since 1999 when the MARDS rice milling group sent about 400 tonnes of white rice to Cuba at a price of $345US per tonne”. After an absence for nearly 18 years, Guyana on Monday officially restarted the export of rice to Cuba.

In a statement the Department of Public Information announced that approximately 7,500 tonnes of white rice is being exported to Cuba and the first shipment is about to set sail.

According to the General Manager (ag) of the Guyana Rice Development Board, Allison Peters, “this is the first shipment to Cuba since 1999 when the MARDS rice milling group sent about 400 tonnes of white rice to Cuba at a price of $345US per tonne”.

According to Ms. Peters, the GRDB plays an integral role in ensuring that product quality is maintained. “The Guyana Rice Development Board is responsible for the quality and we will also do fumigation and we are confident with our preparations so we don’t expect any issues with the rice being loaded here or on arrival in Cuba.”

Representative of the Cuban firm ALIMPORT, Reynaldo Aguirre Labora, who is purchasing the rice on behalf of the Government of Cuba, said that there has always been the need for quality rice to be sourced. He explained that the need for the quality rice is one of the main reasons for the purchase of Guyana’s rice.

“We always make tenders, we look for better conditions for rice, the better quality, so we found that with some Guyanese exporters like Nand Persaud, we can have a good reasonable relationship with Guyana itself. It’s a Caribbean country, it’s very close to Cuba so it’s very convenient”, the representative said. 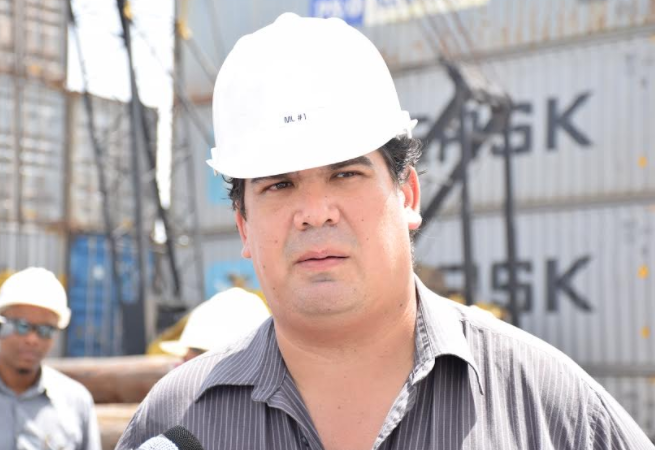 The ALIMPORT’s representative is confident that there will be additional shipments to Cuba. He said “we are confident that this will be the beginning of a longstanding relationship. We trust also in the Guyana Rice Development Board and they show they are very serious in handling the quality of this shipment”.

The shipment deal is the first part of an existing contract between Guyana and Cuba for rice trade between the two countries. Private investors in both Guyana and Cuba are expected to take advantage of the move.

The Cuba consignment follows the first shipment of rice to Mexico in July 2017. The government has announced that more markets are being sought for the export of seed paddy and rice in the near future.

Paddy production for the first crop of 2017 was recorded at 518,667 metric tonnes. It is projected that local rice production will increase by 1.3 percent for 2017.