Billions in VAT earnings lost due to exemptions and refunds

The Tax Boss said there was no irregular exemptions but explained that there were plans to tighten the system and develop set criteria for the granting of such exemptions. Over 20 Billion dollars that could have been revenue earned through Value Added Tax has been lost during the first half of the year either through exemptions, VAT refunds or leakages at the local level, newly appointed Commissioner General of the Guyana Revenue Authority (GRA), Godfrey Statia has reported.

Value Added Tax collection totalled $17.3 billion during the first half of 2016.

Statia believes that the figures represent a shortfall and blamed several factors for this.

According to the 2016 Mid Year Report which was tabled in Parliament on Monday, VAT on imports declined by $1.4 billion while VAT on domestic supplies increased by $436.4 million.

Statia said several exemptions which were granted under the previous People’s Progressive Party Government through the investment agreements with foreign companies were responsible for the decline in VAT collection.

He said $20 Billion in VAT exemptions were lost during the first half of the year and said it could be expected that a total of $40 billion could be lost annually.

The Tax Boss said there was no irregular exemptions but explained that there are now plans to tighten the system and develop set criteria for the granting of such exemptions.

He said leakages at the import level were also a factor and promised to shift resources to reduce that trend. 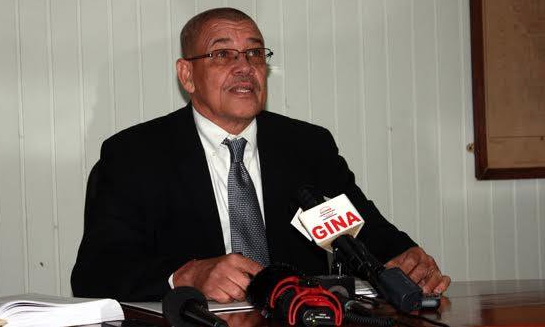 Statia also promised on the domestic level to shift human resources into enforcement mode to go after businesses to ensure compliance.

He said too that because GRA did not pay VAT refunds in a timely manner since 2013, the agency was forced to pay in excess of $2 billion in refunds.

Statia said by the end of the year GRA could end up paying up to $5 billion in refunds.