Cabinet has not examined issue of decriminalizing marijuana use -Attorney General Two days after a Regional Commission on the use of Marijuana established by the CARICOM Heads of Government, wrapped up a one day visit to Guyana, Guyana’s Attorney General, Senior Counsel Basil Williams, said there have been no discussions at the Cabinet level on decriminalizing marijuana use here.

He stayed clear of offering his personal thoughts on the issue, but said the government will comment at an appropriate time once Cabinet has deliberated on the matter.

Decriminalizing personal use of small amounts of marijuana was a recommendation in the 2016 Commission of Inquiry Report into the Camp Street Prison disturbances and resultant deaths.

Williams said while that report was deliberated at Cabinet, the specific recommendation on decriminalizing marijuana was ignored.

“They couldn’t reach Parliament without being discussed at Cabinet… the salient points were discussed at those meetings,” he explained.

The Attorney General told reporters that the government has literature from a UN Survey on the pitfall of marijuana use which paints an “abysmal picture.” 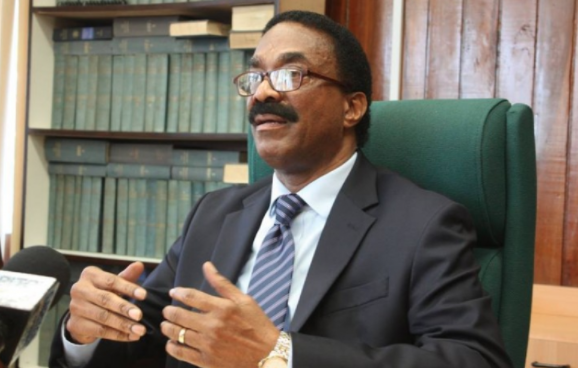 During the recent public consultation surrounding the use of marijuana in Georgetown, citizens told the Regional Commission of how the existing illegal use and possession of marijuana were criminalizing the next generation of Guyanese leaders, contributing to prison overcrowding and robbing the country of many social and economic benefits.

The consultations are being held as part of the Caribbean Community’s call for careful in-depth research to inform decision making on the issue.

Advocacy groups including the Rastafarian community have been lobbying the government to legalize marijuana use here and amend laws concerning sentencing for marijuana-related issues.

Currently, there is a motion tabled in the National Assembly by government parliamentarian, Michael Carrington.

The MP’s motion was tabled over a year ago and seeks to amend the Narcotics Drug and Psychotropic Substances (Control) Amendment Bill 2015. It was never debated by the Assembly.