While Hughes and Trotman are both popular members of the party and the government, neither of them serve in the leadership of the Alliance For Change. Trotman has served in the past as AFC Leader and Hughes' husband, Nigel Hughes, has served as Chairman of the party. Alliance For Change senior members, Cathy Hughes and Raphael Trotman have both indicated their willingness to serve in the leadership of the party.

The AFC will host its Congress on January 28 in the village of Vreed-en-Hoop on the West Coast of Demerara.

The main issue on the agenda will be the election of party leaders and executive members.

While Hughes and Trotman are both popular members of the party and the government, neither of them serve in the leadership of the Alliance For Change.   Trotman has served in the past as AFC Leader and Hughes’ husband, Nigel Hughes, has served as Chairman of the party.

He resigned as Chairman of the party in April, 2016. He said serving in the position had become difficult.  His resignation marked the first time that one of the top party leaders had resigned from a key position.

Speaking to News Source briefly on Friday, Ms. Cathy Hughes, who is Minister of Public Telecommunications in the coalition government, said she is ready and prepared for leadership of the party, if so nominated.

She said she has been with the party since day one and believes that she has the experience, qualification and ability to be a good leader of the party.

Hughes is very popular among the women and youth of the party and political observers believe that once she campaigns to those two groups mainly, they could ensure she becomes the next leader of the AFC.

Since the 2011 death of founding member, Sheila Holder, no other woman has served in the AFC’s leadership, although there are a number of women, including Hughes, who serve on the National Executive Committee.

Former party leader, Raphael Trotman, who is the current Minister of Natural Resources in the coalition government, wants to get back into the AFC leadership.

Trotman is one of the founding members of the party.  Although he previously served as Party Leader, Trotman is currently not in the leadership of the party. He is however, a member of the National Executive Committee.

Speaking to News Source on Friday, Mr. Trotman said he will be at the AFC Congress and will be ready to serve in the party’s leadership once nominated and elected to any of the positions.

He said he would be humbled to be considered and to serve in the party’s leadership.

“I have not been made aware that I have been nominated, but I will always be ready and willing to serve, if nominated, in any position”, he said.

Current party leader, Khemraj Ramjattan, who has already served two terms as party leader, has indicated that he is willing to serve in the position again.  That decision has triggered grumblings among AFC members and political watchers who have pointed out that such a move would be going against the party’s own constitution and rotation system. 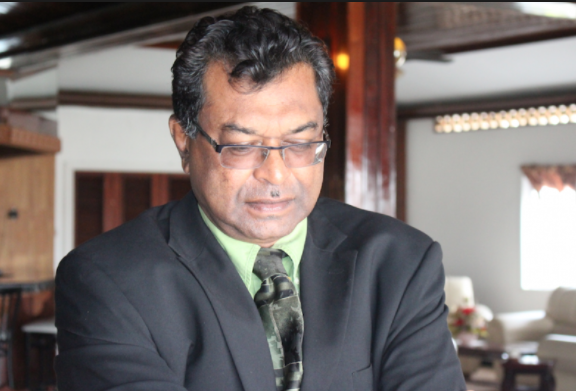 However, in  a statement on issued on Saturday evening by the party’s Public Relations Department, it was pointed out that the party’s “Constitution does not make it mandatory for such rotation and leaves room for the membership to nominate or elect leaders to continue in a post for a longer period.”

It added that “the larger membership may want this recognition of the experience and expertise of certain leaders, and in the interest of the unity of the party’s leadership.”

The AFC’s Constitution, Article 19 (1), states “The various senior positions of the AFC, including those in the National Executive, Regions and Groups ought to be rotated as far as is possible so that no member is allowed to serve more than two consecutive terms in the same office, so as to ensure a broader activism in leadership positions by the membership.”

In the past Ramjattan himself has spoken about the importance of the need for the party’s leadership to be rotated.

When Trotman served as Leader, he did not seek re-election, but rather cleared the way for Ramjattan to be elevated to the position.

Mr. Ramjattan was elected Leader of the party unopposed. This time around, there may be several challenges to that leadership position.

The deadline for nominations is 12 noon on Monday January 23rd and the final list of nominees will be announced on Wednesday January 25th.

The Alliance For Change is one of the main partners in the current APNU+AFC coalition government.