In an acceptance statement, the AFC Leader, Raphael Trotman said the strength and relevance of the AFC remains in place. Natural Resources Minister Raphael Trotman is back in charge of the Alliance For Chance and believes that the party remains more relevant than ever before.

Ramjattan was seeking a third term as party leader but many party members believed he should have stepped aside following two consecutive terms.

In an acceptance statement, the AFC Leader, Raphael Trotman said the strength and relevance of the AFC remains in place.

He has promised to continue the work of the party moving forward as it seeks to widen its membership and remain as a main partner in the coalition government.

Former Leader Khemraj Ramjattan said he is pleased that democracy has prevailed in the party and he is confident that Trotman will do a good job at leading the party. 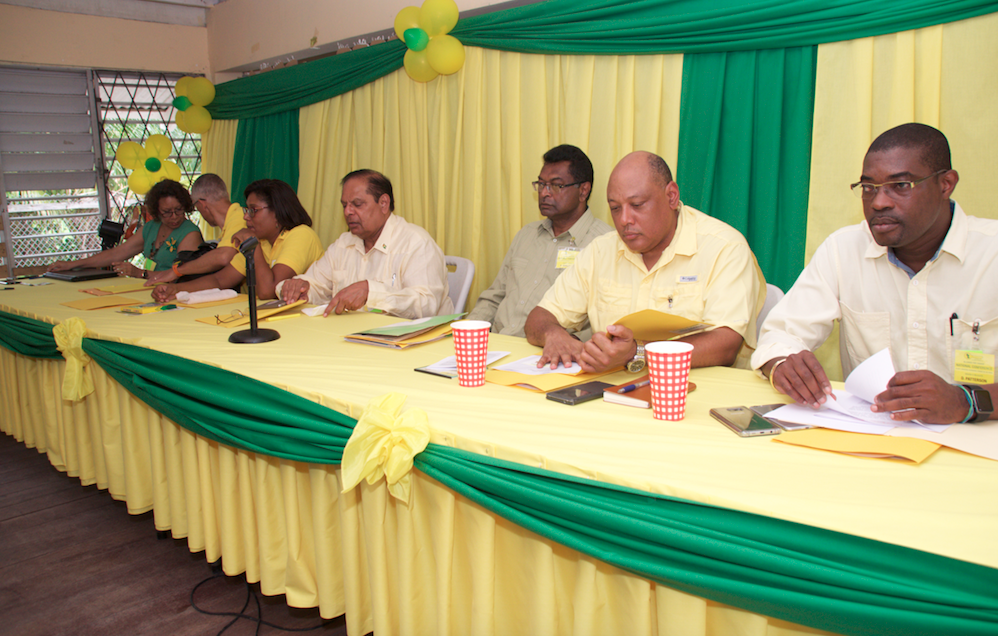 Prime minister Moses Nagamootoo who turned down nominations for the top positions, has been elected to the National Executive Committee and the party has declared him as its senior political advisor and elder statesman.

Mr. Ramjattan was declared Chairman after Mr. Trotman won the elections for Leader and the third candidate Mrs. Hughes withdrew her candidacy.

In addition, Women For Change also held elections for the position of National Chairwoman as part of the National Conference.

Alert and Trotman ended in a tie, however Trotman magnanimously withdrew, allowing Alert to head WFC. WFC is the women’s arm of the AFC and its immediate priority will be to organize a National Women’s Conference at which elections for other positions will be held.