According to the statement to the cabinet, which was seen by News Source, Harmon explained that the state owned logging company, LongJiang Forest Industries, has acquired 55% of the shares in BaiShanLin logging which has operations in Guyana and a full take over should be executed by June of this year. In a written explanation to Cabinet, Minister of State Joe Harmon stated that during his trip to China, the Chinese Ambassador to China who was there at the time, made arrangements for him to visit four companies that are intent on making significant investment in Guyana and it was the Ambassador who made arrangements for the companies to provide executive service, both by air and land for him to travel to their office.

Mr. Harmon was photographed in an executive private jet with officials of the BaiShanLin company and other Chinese officials.

He explained the companies that he had to visit are located in Beijing, Shangai, Hebei and HeilongJiang Provinces and the state-owned Chinese company, LongJiang Forest Industries Group made the executive travel arrangement for him to visit the company.

According to the statement to the cabinet, which was seen by News Source, Harmon explained that the state-owned logging company, LongJiang Forest Industries, has acquired 55% of the shares in BaiShanLin logging which has operations in Guyana and a full take over should be executed by June of this year.

“Two officials from the LongJiang Forest Industries, along with two officials from BaiShanLin company, accompanied me on the aircraft to the meeting on the flight from Beijing to HeilongJiang Province”.

He said that the Vice Chairman of the Company in the presence of BaiShanLin officials, gave the assurance that the company will be in Guyana by May, 2016 to complete due diligence on its take over of BaiShanLin.

He explained to the Cabinet that “the company thereafter intends to invest over initially $500M (US) in Guyana to satisfy and to expand on the obligations of BaiShanLin”.

The Minister of State also explained his decision to request a hold in a seizure operation by the Guyana Revenue Authority of vehicles owned by BaiShanLin.

Harmon told the Cabinet that he was contacted by the Commercial Officer of the Chinese Embassy in Guyana who was acting for the Ambassador, and the  Commercial Officer informed him that the GRA had gone to the company’s premises to seize removable assets “in furtherance of a tax demand of $1.5 Billion”. 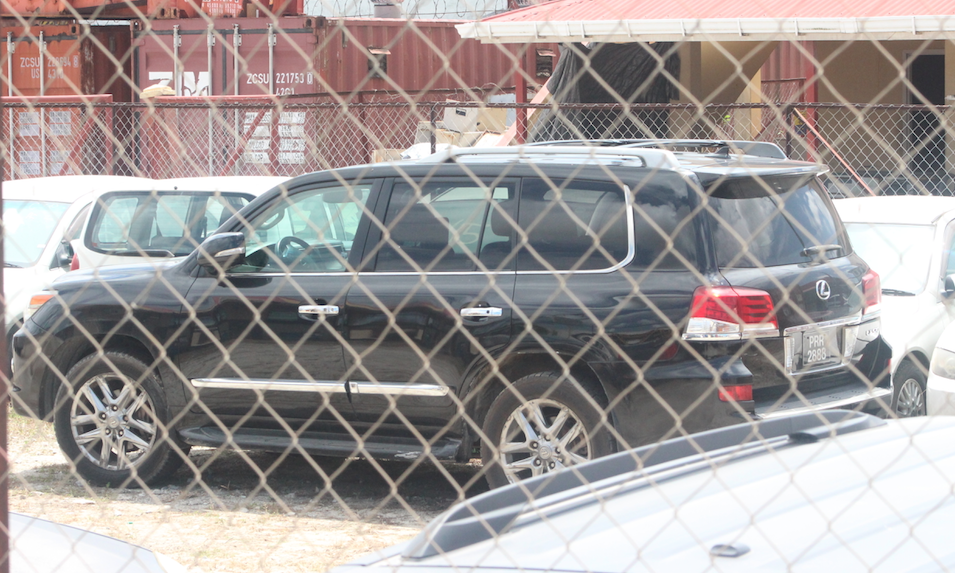 He said it was explained to him that the Principals of the Company were out of Guyana and the official requested a stay of the execution pending the return of the officials within 14 days.

“The Embassy official gave me the assurance that none of the assets of the Company will be removed. I requested of GRA, the facility as required by the Chinese Embassy and this was granted”, Harmon said.

Two vehicles belonging to BaiShanLin have since been seized by the GRA for the taxes owed.

The Alliance For Change which is the smaller party in the APNU+AFC coalition wants the President to strip the State Minister of some of his responsibilities and duties. The President does not appear to be moving in that direction and has indicated that he does not believe that Harmon is overburdened.