Regional Health Officer (RHO) for Region Seven, Dr. Edward Segala was fast to reassure the concerned MP and citizens that expired drugs are not dispersed to residents of the Region. Concerns over the distribution of expired drugs to Hinterland residents were raised on Monday by Opposition Parliamentarian, Juan Edghill when officials of Region #7 appeared before the Public Accounts Committee.

Regional Health Officer (RHO) for Region Seven, Dr. Edward Segala was fast to reassure the concerned MP and citizens that expired drugs are not dispersed to residents of the Region.

Back in 2016, the Audit Office had reported that checks within the region revealed that there were 23 types of expired drugs in the area that had not been destroyed.

But in a follow-up report, the administration said a cost was attributed to the expired drugs and the drugs were certified as unfit and destroyed.

RHO Dr. Segala said the regional administration has also taken steps to monitor expiration dates of drugs arriving in the region from the Material Management Unit of the Ministry of Public Health and as donations. 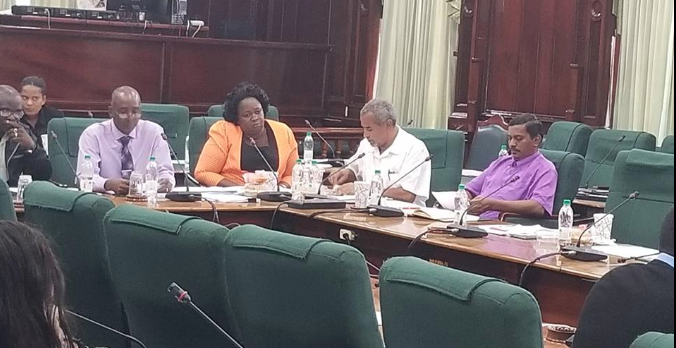 He said the process of flagging drugs with a short shelf life was very challenging since the region was also affected by a shortfall in manpower.

To this end, MP Edghill said more must be done to ensure that drugs with short shelf life are not sent to hinterland regions.

Dr. Segala repeated assured that the administration was on top of the situation, pointing to the region’s zero tolerance for the presence of expired drugs int he region.