The young man who was shot dead after robbing a businessman of a bag of money at a city spare parts store has been identified as 22 year old Agricola resident Kevin Fields.

According to a Police report, just after 12 noon on Monday, a businessman went to Ramchand Auto Spares at Sheriff Street to transact business, when the youth who was armed with a gun entered the store and took away a bag containing $1.7M from the businessman. 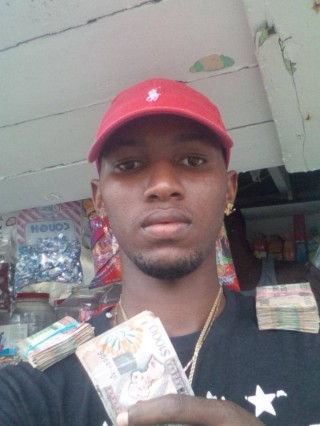 “The armed man ran outside and towards a motorcycle that was being driven by an accomplice, pursued by the businessman.
The armed man discharged a round and the businessman, who is a licensed firearm holder, returned fire hitting the armed man to his neck. His accomplice managed to escape”, the police report said.
The bag of money was recovered.  The young man appeared to have been living a life with many links to the criminal underworld.
His facebook page reveals photographs of him posing with stacks of cash and in a bullet proof vest.
The page also features photographs of handguns and one photograph with him in it, showcased a firearm license in the background.
7/14/2014
A post mortem examination is expected to be done later in the week.

One Response to "Gunned down robber identified as Agricola youth"