I am in the business of satisfying Constitutional requirements for GECOM job not playing politics -Pres. Granger President David Granger is not budging from his position when it comes to the Constitutional requirements for job of Elections Commission Chairman and today he said the Constitution is very clear on the matter.

In a statement issued by his office, the President said he is committed to fulfilling the Constitutional requirement within the ambits of the law.

“I am not playing politics, I am serious about the appointment of the Chairman of GECOM and as far as I can say, the Constitution is very, very clear. Mr. Jagdeo did write to me and he asked for some clarifications. Well it has now gone into the legal zone and we are going to ensure that he gets the legal clarifications that he needs but in terms of the names, I am not in the business of naming names at this stage. I am in the business of satisfying the Constitutional requirement for the appointment. The law will prevail and we will continue to engage the Leader of the Opposition as is required under the Constitution… We are looking at everything under the legal framework not within the framework of politics or personalities,” the President said.

The President on Sunday rejected the first set of nominees submitted by the Opposition Leader for the GECOM job.  Mr. Granger said the persons were “unacceptable” for the post based on the constitutional requirements.

He has been maintaining that the Constitution speaks of the person for the job being a Judge, served as a Judge or being qualified to serve as a Judge.  It also caters for someone who may be deemed “fit and proper for the job”.

The Opposition has been pressing the “fit and proper” reference in the Constitution and has pointed to previous holders of the position not being Judges.

But today the President went a step further and declared that regardless of what obtained in the past, now that the responsibility has been vested in him as President of Guyana, the provisions of the Constitution will be followed.

Responding to questions on his acceptance of the nomination for the GECOM Chairmanship by late President Hugh Desmond Hoyte in 2000, the President said that the Constitution explicitly states the requirements for the position. He noted that any breaches that may have occurred in the past must not be allowed to persist.

“My understanding is that at all material times a member of the legal profession or several members of the legal profession were on the list but my acceptance of the nomination …does not necessarily mean that I must accept the six names that were submitted. So it doesn’t follow the law of what you would call the ‘non sequitur’ [a conclusion or statement that does not logically follow from the previous argument or statement]. So the point is, even if the Constitution had been breached, or a nomination been made in breach of the Constitution, 10 or 20 years ago, there is no need to repeat it so that’s not a precedent. I am accepting now as President that the Constitutional provisions must be applied,” the Head of State said.

According to the Ministry of the Presidency, alhough the list provided by the Opposition Leader contained the name of Attorney and Chartered Accountant, Christopher Ram, who was admitted to the Bar in 2009, it marked the first time a Senior Counsel or person qualified to be a judge or a former or current judge has not been included on a list submitted by an Opposition Leader.

President Granger had said that the list of nominees provided to him is unacceptable and fall short of the Constitutional requirements. 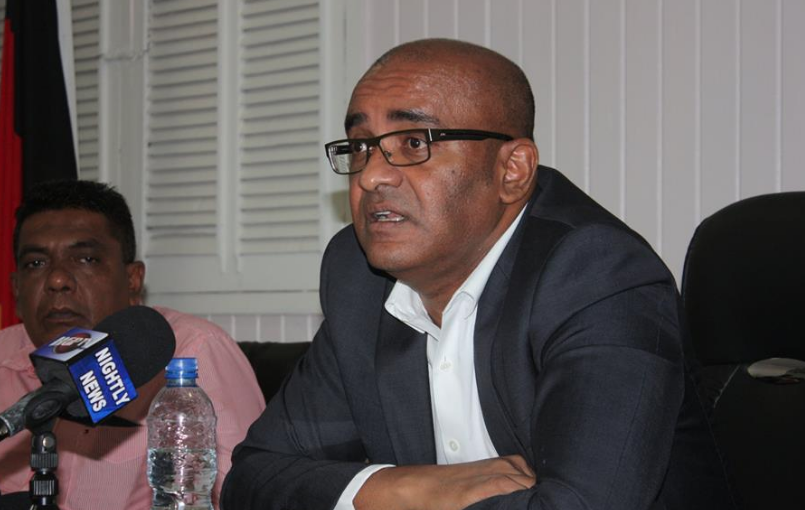 The Constitution says that “…the Chairman of the Elections Commission shall be a person who holds or who has held office as a Judge of a Court having unlimited jurisdiction in civil and criminal matters in some part of the Commonwealth or a Court having jurisdiction in appeals from any such court or who is qualified to be appointed as any such Judge or any other fit and proper person, to be appointed by the President from a list of six persons, not unacceptable to the President, submitted by the Leader of the Opposition after meaningful consultation with the non governmental political partied represented in the National Assembly.”