Mahamed Rahaman of the G. Bacchus and Sons Enterprise spoke with News Source on Wednesday and vouched that while his tuna was branded differently from the Brunswick tuna, it is not fake and met all the requirements for importation.

The importer who had his container of fake labelled tuna blocked from entering Guyana by the Government Analyst Food and Drug Department, is challenging the move which he says is discriminatory and intended to frustrate his business ventures.

Mahamed Rahaman of the G. Bacchus and Sons Enterprise spoke with News Source on Wednesday and vouched that while his tuna was branded differently from the Brunswick tuna, it is not fake and met all the requirements for importation.

The Food and Drug Department announced yesterday that over 2000 cases of tuna was refused entry. The tuna was being imported from China and carried the brand “BUIWICK” instead of “BRUNSWICK”. The packaging is also very similar to the Brunswick brand, with the same colours being used.

But Mr. Rahaman said he sourced the product directly from the shelves of supermarkets in the United States of America in November last year and has the original copies of health certificate and certificate or origin to produce.

“We saw the product in the states and we picked it up and asked the supplier to find it for us and he found it and it arrived January 20th,” he added.

Mr. Rahaman said he paid over$1.7 million in taxes and duty and was surprised when the items were refused entry. 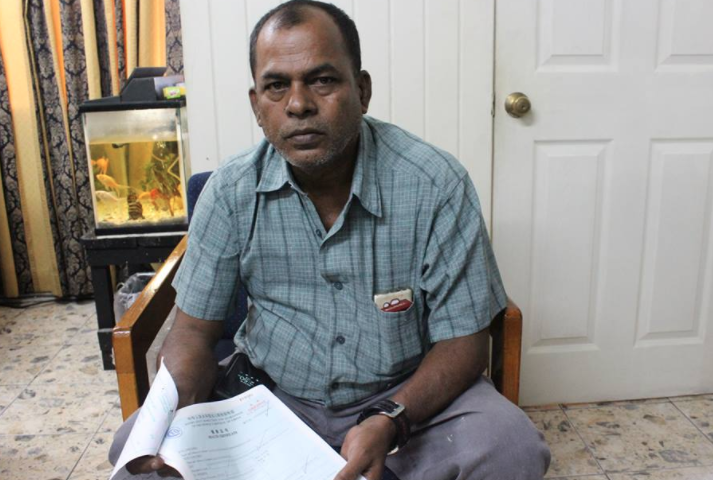 In fact, a document which was shown to News Source was stamped for release but on the same date the release was cancelled and another stamp was placed on the document ordering the refusal of the tuna.

The importer said the items were all verified in the country of manufacture by the competent authority and he believes that if there is to be any query as to the manufacturer and labeling then it should be discussed with the country of origin so as to avoid future imports.

Mr. Rahaman through his Attorney, Gordon Gilhuys has now written to the Minister of Health and has pointed out that there is no evidence to support the contention and allegation made by the Department.

The importer said there is evidence of other products being imported into Guyana by other companies without the formalities the Department is requesting of him.

He said there seems to be a concerted effort on the part of the Director to frustrate his Enterprise whenever its products arrive in Guyana by imposing requirements.

Mr. Rahaman said The actions of the Director is causing him hardship and financial losses and is seeking the Minister’s intervention to avoid continued suffering.

Additionally, Mr Rahaman said he has several other containers of products on the wharf that the department is not imposing requirements on.  (by Kurt Campbell) 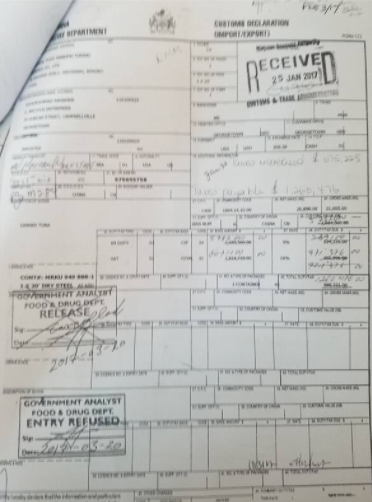