The two women stood quietly in the prisoner's dock just after 1:30pm as Magistrate Judy Latchman took her time and read each of the 24 charges of stealing government's money to them. They were not required to enter a plea to the indictable charges. Former Minister of Public Service under the PPP, Jennifer Westford and her former Personnel Officer Margaret Cummings, smiled their way out of the Magistrates Court on Monday afternoon after they were each granted $4.8 Million bail after being slapped with 24 charges of stealing money from the government of Guyana.

The two women stood quietly in the prisoner’s dock just after 1:30pm as Magistrate Judy Latchman took her time and read each of the 24 charges of stealing government’s money to them. They were not required to enter a plea to the indictable charges.

The charges covered various sums of money, all in the millions of dollars, that were allegedly stolen from the Government of Guyana by the two former senior public officers.

The least amount was allegedly stolen in October 2011 and that was the sum of $3 Million. After that date the sums varied with the highest amount allegedly stolen at one time standing at $75 Million in November 2014.

The two women were represented by a battery of lawyers headed by Senior Counsel Rex McKay and Attorney Neil Boston. 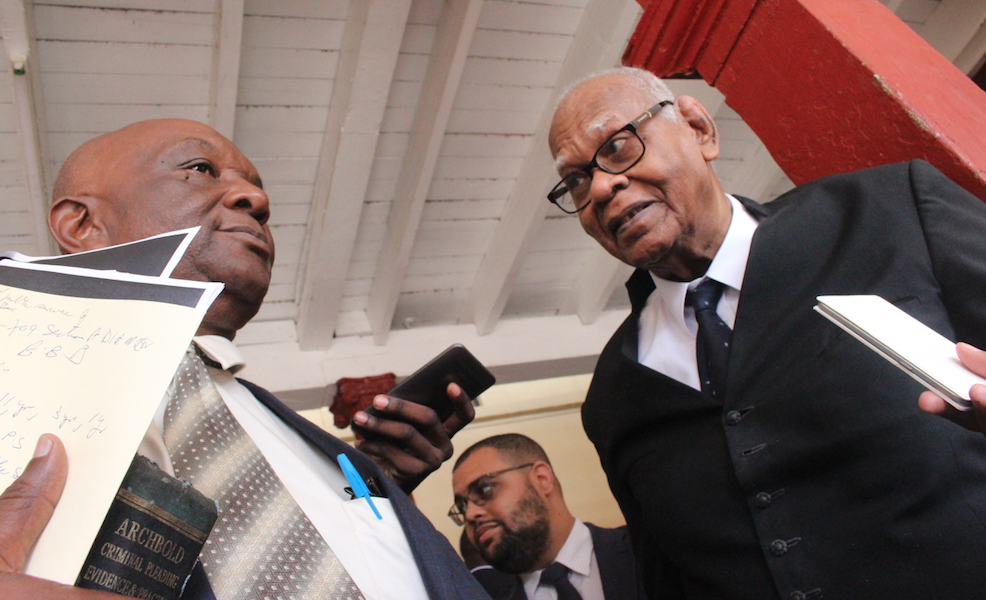 In seeking bail, Attorney Boston declared that the charges were nothing more than “mickey mouse” charges meant to embarrass the two women.  He said both Westford and Cummings are 100% innocent of all 24 of the charges.

Senior Counsel Rex McKay who represented the interest of former Minister Westford explained to the court that Westford has served the public service in Guyana for decades, from a Regional Health Officer to a senior Government Minister.

The Police Prosecutor objected to bail on the grounds of the seriousness of the charges and concern that the women might not return to court for their trial.

He explained to the court that the charges stemmed from the women requesting and getting money from the Office of the President under the last government for regional projects and activities that never took place.

Although the money was granted by the Permanent Secretary at that office, there were no signs of it ever being used for any regional project and all $639 Million vanished from the accounts.

The Defence Attorneys quickly rose to their feet to object to the Prosecutor’s pronouncement and pointed out to the court that the women went voluntarily to police investigators on a number of occasions and never missed a court hearing in the other fraud charges leveled against them for the alleged attempt to transfer a number of government vehicles to private hands in the run up to the last elections.

After listening to the arguments, the Magistrate granted each of the defendants bail to the tune of $200, 000 on each of the charges, bringing the total bail to $4.8 Million for each of the accused. 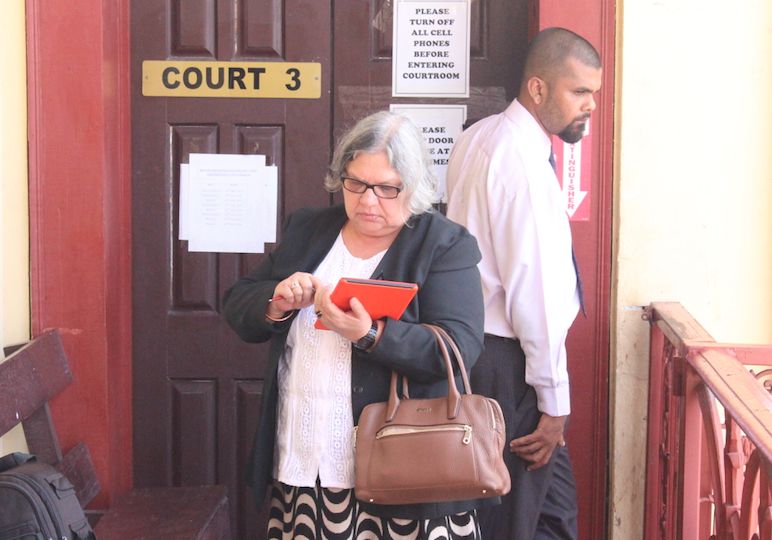 By the time the Magistrate made that pronouncement, Attorney and former Government Minister, Bibi Shadick made a quick dash from the courtroom where she made calls to give instructions about the cheques that should be written for the bail.

The Magistrate also ruled that the passports for the two women should be handed over to the court.

The two accused, both dressed in dark coloured business suits, headed out of the courtroom and into the holding facility at the bottom of the courthouse as their bail was being processed. 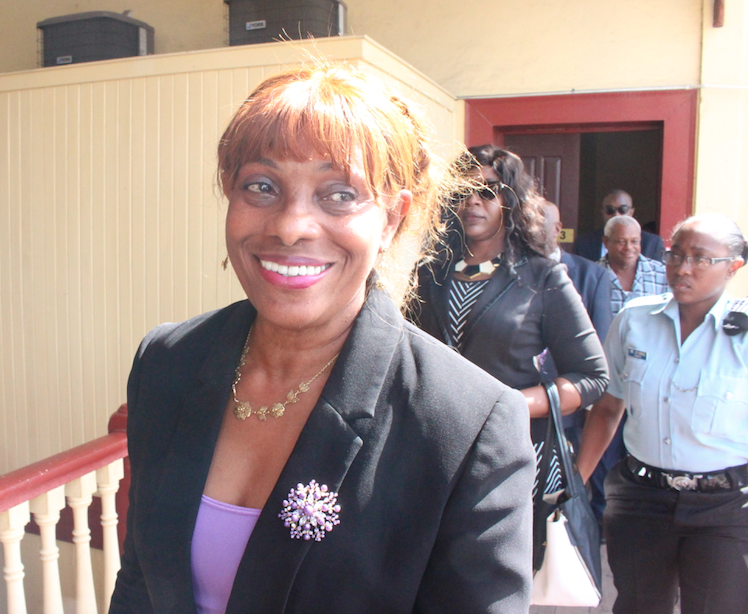 They offered no comment to the media, but their Attorneys, Senior Counsel McKay and Mr. Boston complained about the charges with Mr. McKay pointing out that he never knew there was still nasty prosecution taking place.

The two women will have to return to court on February 22, 2016 for the start of their trial.