A feisty former activist for the Working People’s Alliance, Karen De Souza took the stand on Tuesday at the Walter Rodney Commission of Inquiry and recalled being told of Dr. Rodney’s death by his brother.

De Souza said she was at the time at her Croal Street home on June 13, 1980 when there was a loud banging and ringing of the bell at her door that appeared  “very urgent”. She said when she opened the door, she was met by the brother of Dr Walter Rodney, Donald Rodney.

“I found that it was Donald Rodney banging at the door, who said, according to the statement, there has been a terrible accident, or something terrible has happened”, she recalled. According to DeSouza, along with fellow activist, Andaiye, she left the house and Donald behind in the house to visit the scene of the “terrible accident”. A large crowd had gathered and that crowd was mostly made up of members of the Guyana Police Force who were known as the death squad.

DeSouza testified that she got very close to the car that had exploded and recognised that the remains in the car were those of Dr. Walter Rodney. Asked how she was so sure that it was the body of Walter Rodney in the car, DeSouza pointed out that she recognised him from his profile and took into account the fact that she was told by his brother Donald that the two of them had been driving in the car at the time of the incident.

DeSouza who told the Commission that she had visited the home of Dr. Walter Rodney on a number of occasions and was even once arrested around the same time with him, said that she could not recall when was the last time she saw him alive.

When asked by Attorney Latchmie Rahamat what she thought had happened to Dr. Rodney when she saw his lifeless body in the car, DeSouza said “essentially that he had finally been killed by the Government”.

She was referring to the People’s National Congress government of the time which was headed by Prime Minister Forbes Burnham. 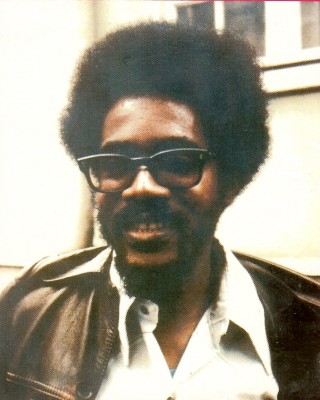 Asked to explain what she meant by “finally” had been killed by the government and what led her to that belief, DeSouza said “for one, the very seriously adversarial posture of the WPA and the PNC, the fact that two party members had been killed before Walter was killed, the fact that at more than one of the big PNC rallies, the Prime Minister had been uttering threats about making wills and sharpened steel and so forth”.

The two other WPA members who were killed were Oheme Koama and Edward Dublin. Both men were shot dead. Oheme was shot in the vicinity of Shirley Field Ridley Square while Edward Dublin was shot dead in Linden. She said she could not recall the exact dates when the two men were killed but she was sure that it was before 1980.

She said she did not know of Gregory Smith and only learnt of him when his name was exposed in the Catholic Standard newspapers. Smith was named as the chief suspect in the death of Dr. Walter Rodney. He was an army officer who reportedly left Guyana in the aftermath of Rodney’s death.

During her nearly 90 minute testimony, DeSouza also spoke about the time she was arrested at the same time with other WPA members including Dr. Walter Rodney and Rupert Roopnarine during the investigation into the burning down of a government ministry.

She said she was not charged for the crime but was also arrested once for the theft of a kit belonging to the Guyana National Service. She went to trial for that charge which was prosecuted by current Chief Justice Ian Chang. The case took over six years to be completed and at the end of that case, she said no conviction was recorded.

When asked whether she knew what was the outcome of the arson case against Walter Rodney and others, DeSouza said the case had just disappeared. She has indicated to the Commission that she has to leave the country shortly and will therefore be available for further questioning in July of this year.

Dr. Walter Rodney was a Political activist and leader and historian who was killed when a bomb exploded in his car in 1980. The Commission of Inquiry is examining several issues leading up to and surrounding his death.