The Report was presented even as the opposition People's Progressive Party (PPP) was preparing to bring a Motion before the House on Thursday, calling on the government to end the delay in presenting the Report. Three months after the Walter Rodney Commission of Inquiry report was received by the government, it has finally been handed over to House Speaker Dr. Barton Scotland to be properly laid in the National Assembly.

The Report was presented even as the opposition People’s Progressive Party (PPP) was preparing to bring a Motion before the House on Thursday, calling on the government to end the delay in presenting the Report.

The Report was handed over to House Speaker Dr. Barton Scotland by Attorney General Basil Williams on Wednesday morning.

Williams insisted that the Report was flawed and will be challenged by the People’s National Congress Reform (PNC/R) which makes up the six party APNU+AFC coalition government.

The Walter Rodney CoI was set up in February 2014 by former President Donald Ramotar to inquire into what led to and who was responsible for the bomb blast that killed Guyanese Politician, Dr. Walter Rodney. He was killed on June 13, 1980.

AG Williams told media operatives moments after handing over the report that there was no delay in presenting the report.

He explained that a process had to be undertaken which involved a review by the President, the Cabinet and other interested parties.

A copy had already been handed over to the widow of Dr. Rodney. 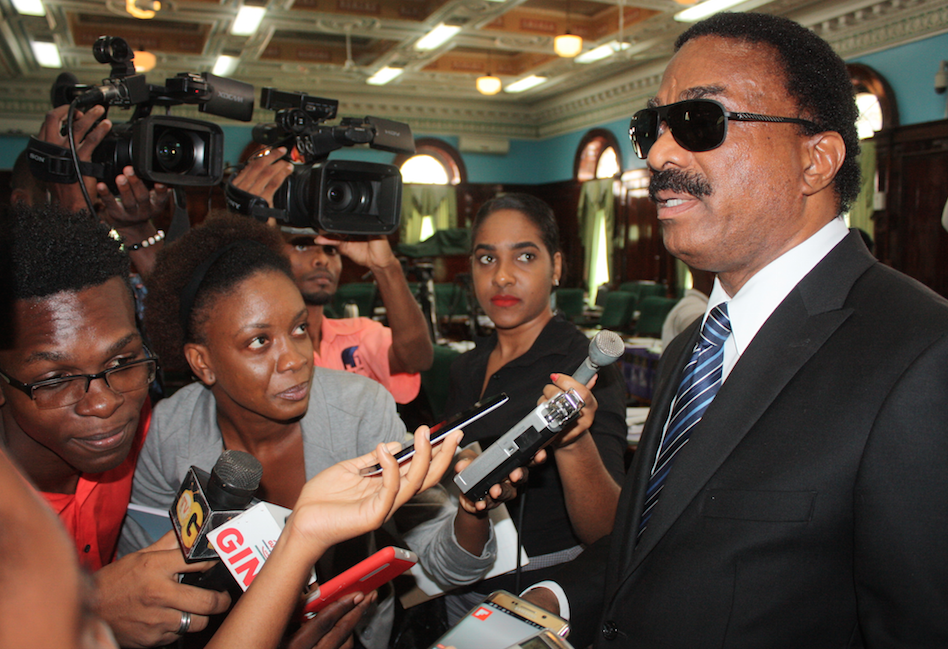 Asked about his assessment of the findings, Williams said “It is a flawed report and we must recognize that a lot of injustice would have been done to certain persons who would have been named during the hearings and really were not afforded the opportunity to give evidence.”

Mr. Williams said there was “no real pursuit of justice” while noting that the the PNC will host a press conference soon where its response to the report will be ventilated.

President David Granger has also dismissed the report as being deeply flawed. He said previously that the Commissioners, headed by Sir Richard Cheltenham depended largely on hearsay evidence in their determination that the Burnham led PNC government was responsible for Rodney’s death.

The Commission started its work under the PPP Government and by the time that work ended last year, over $400 million was spent on the Commission.