The 85-year-old man, Winston Harry, told the Commission that his son was one of his financial supporters and would always lend him assistance whenever he came out of the mining areas. He recalled that the last time he saw his son alive was in March 2008, when he came out of the interior for his mother's funeral. The father of Lindo Creek massacre victim, Bonny Harry, appeared before the Commission of Inquiry into the massacre today and broke down in tears as he recalled seeing his son for the last time alive, just a few months before he was killed back in 2008.

The 85-year-old man, Winston Harry, told the Commission that his son was one of his financial supporters and would always lend him assistance whenever he came out of the mining areas. He recalled that the last time he saw his son alive was in March 2008, when he came out of the interior for his mother’s funeral.

Before then, he recalled that his son would visit him from time to time whenever he came from the mining district. The elderly Harry fought back tears as he spoke about being told of his son’s death and the way he was killed.

Bonny Harry was among eight miners shot to death and then set alight at a Lindo creek mining camp.

The Commission learnt today that family members never got to personally bury the remains since they were all unrecognizable and were mostly bones. “They could not tell who is who and they buried all together somewhere in Le Repentir”, he recalled.

Mr. Harry told the Commission that the family hosted its own memorial service for his son, but there has not been much information about the investigation over the past ten years. 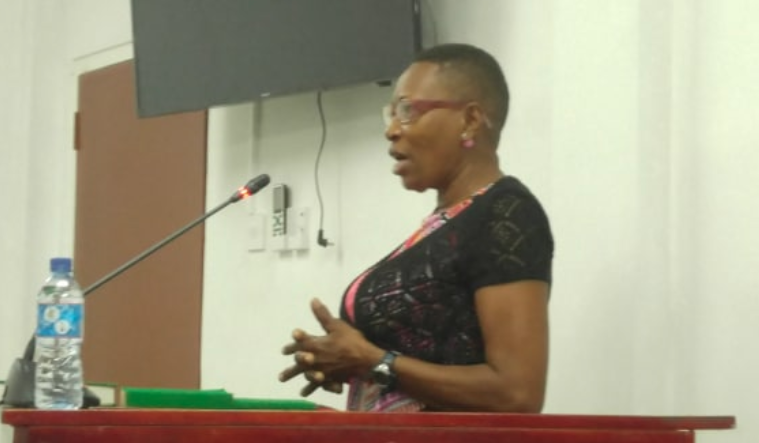 The late miner’s wife, Maureen Harry, also told the Commission that not much information was given to the family over the years. She said just after the massacre took place, some “neighbourhood” police officers visited her Essequibo home to question her about the way her husband died. She said she told them to leave since she was not at the Lindo creek scene of the massacre when it occurred.

The woman explained to the Commission that her husband was her strength and main provider since he never wanted her to work. She said he would send money out of the interior region for her every month and would visit two to three times per year.

She said she knew that he was working at a gold mining camp but could not offer much more detail on his job. The widow also told the Commission that the memorial service for her husband had to take place without his remains and with very little answers for the many questions surrounding his death. 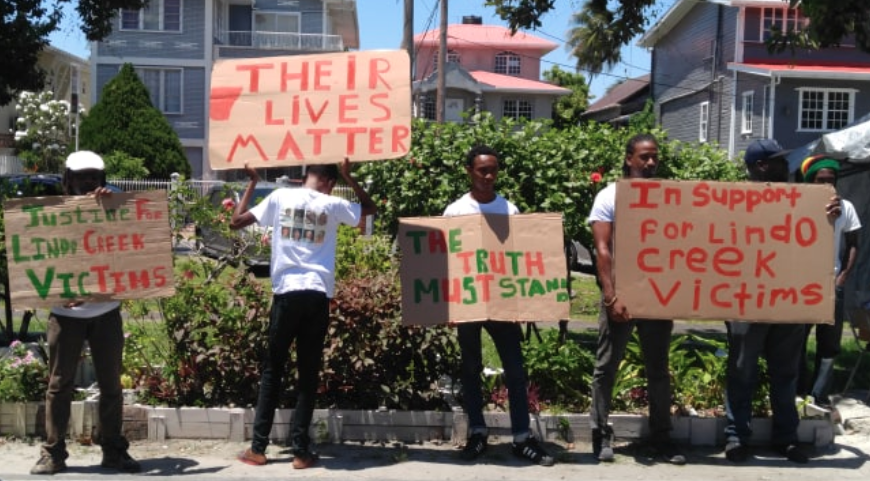 Before leaving the stand, she expressed thanks to the President for launching the Commission of Inquiry as the family still seeks justice.

The first witness on the stand was retired Police sergeant Rensford Burnette, who was one of the first investigators flown out to the scene of the massacre. He spoke about seeing the burnt bodies and finding a number of spent shells at the scene. He also testified about Trinidadian experts being brought in to conduct their own forensic examination of the scene, but could not say what were their findings since those findings were never provided to him, before he retired.

Public hearings in the Lindo Creek Commission of Inquiry are expected to continue in the new week. Today a number of other family members of the miner killed, gathered outside the Commission’s building, demanding answers and justice.