Hundreds of persons took advantage of the opportunity this morning and were able to get their issues addressed by representatives of the various government departments including the Public Service Department, the Citizenship Department, which brought out Immigration, and the Department of State. The Government Ministers who fall under the Ministry of the Presidency and officials from their departments were out at the Square of the Revolution today as the Government began its Meet the Public programme.

The programme is intended to give the public the opportunity to meet, interact and raise issues of concern about the various government departments and ministries with the Ministers themselves and their staff.

State Minister Joe Harmon explained that the initiative is one that will take place nationally and at least once per month with rotating Ministers. 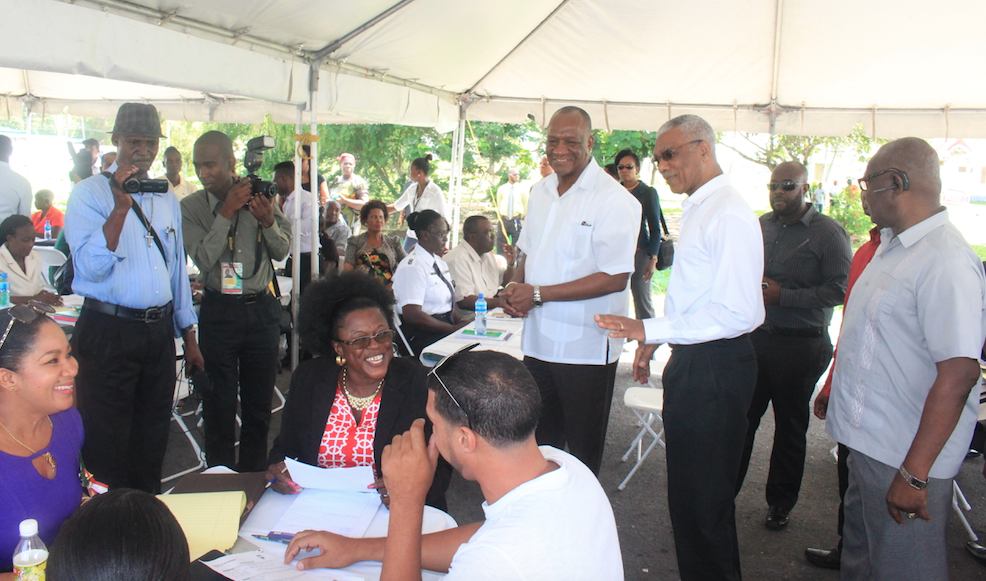 He said too many times, members of the public are unable to meet with their elected representatives and as such, the government thought it best to launch the programme. According to Harmon, other regions in Guyana can expect similar initiatives. The Minister explained that follow up contact with all of the persons who visited and raised concerns, will be made.

Hundreds of persons took advantage of the opportunity this morning and were able to get their issues addressed by representatives of the various government departments including the Public Service Department, the Citizenship Department, which brought out Immigration, and the Department of State.

President David Granger made a brief stop at the event and said he is committed to ensuring that the programme is not a one-off programme,

The President said his government is one that intends to take care of all the people of Guyana and this new initiative is just part of that commitment.

“We are bringing government to the people by finding out what your needs are and helping you to solve those problems”, President Granger said. 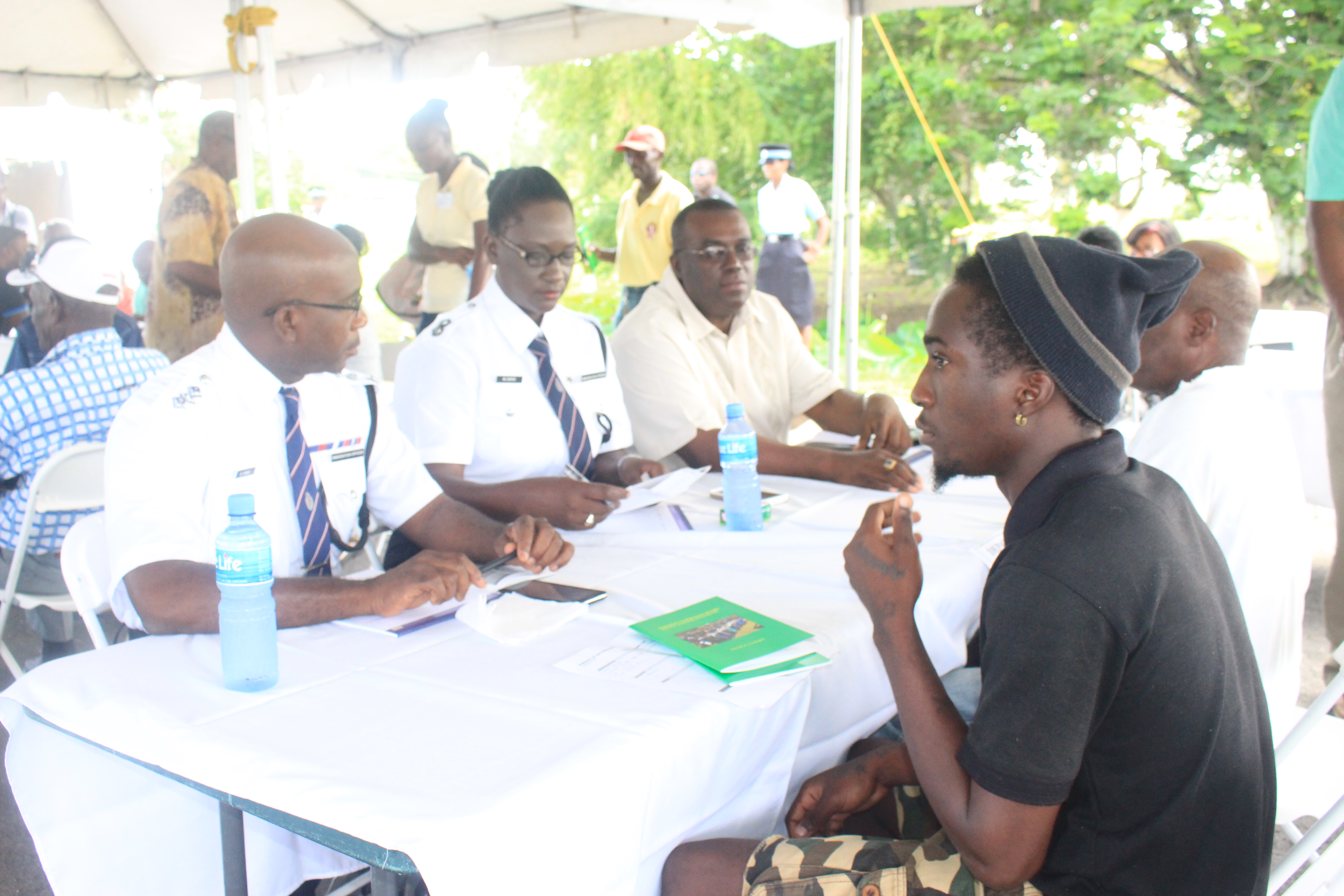 He added that “at the end of the day, every Guyanese citizen must feel as if they belongs to a country and a government and community and society which cares about him and her”.

The President said the exercise is not ornamental and is certainly not one to capture media attention and grab headlines. He promised that other communities across Guyana will benefit from similar exercises and all of the Government Ministries will take part in them.