The armed men arrived at the supermarket just after 12:00 noon and pretended that they were shoppers before launching the attack. Police and public-spirited citizens joined efforts on Friday afternoon to give chase behind four armed bandits who moments earlier had invaded and robbed a Chinese operated supermarket along Aubrey Barker Road, South Ruimveldt.

The armed men arrived at the supermarket just after 12:00 noon and pretended that they were shoppers before launching the attack.

The male cashier was attacked first by two armed men, while other shoppers and employees were ordered by the remaining two bandits to lie on the floor.

The men demanded that they hand over their cellular phones and other valuables.

While the Chinese owners and operators of the supermarket complained of the sloth in the Police’s response, a review of CCTV footage was conducted immediately to identify the perpetrators. 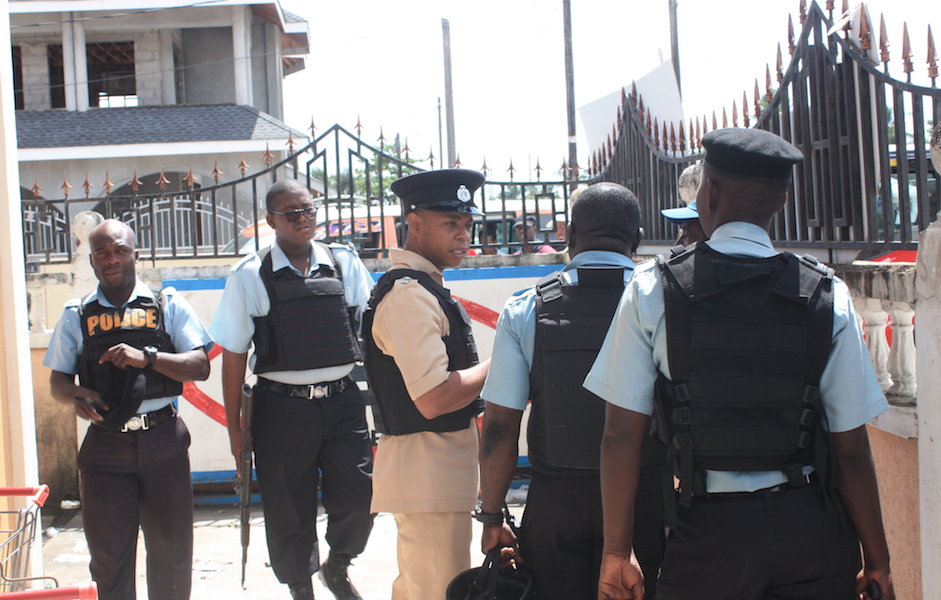 The men, who escaped on bicycles, were chased by residents into the Guyhoc Park area were they were cornered.

The bandits reportedly fired several shots when the police arrived but determination led to the arrest of one of the bandits and recovery of some of the items. The other three men made off with an undisclosed sum of cash, phone cards, cellular phones, jewelry and other items.

The police cordoned off a section of the area and intends to continue combing the community for any sight of the three men.