Opposition Leader Bharrat Jagdeo today called on President David Granger to move ahead with the setting up of the Border Commission, as he offered his party’s firm support to the position of the government on dealing with the Venezuelan border controversy.

However, Mr. Jagdeo said there are several clarifications that the government ought to make on the issue. He told a media conference that the David Granger led administration needs to outline whether it could seek a juridical settlement by itself without the involvement of Venezuela.

President David Granger has been pushing a juridical settlement to the border controversy and has indicated that the Government of Guyana is already consulting legal minds on the issue, even as it continues its dialogue with the United Nations.

Jagdeo said “I know that the Venezuelan side has publicly declared that they are not in favour of the juridical process but I am more interested in finding out what the United Nations position is…because if it is not part of the menu available to the Secretary General through the charter and we insist on going this route, does it mean that we will have to do so, independent of any UN involvement or would the UN withdraw from the process…Can we go unilaterally or do we have to do so with an agreement with Venezuela?” 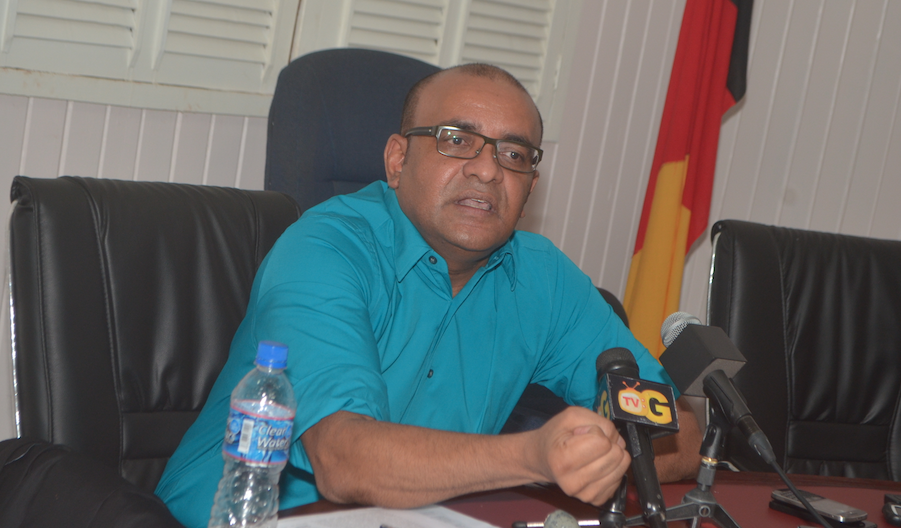 The Venezuelan government has been pushing for the UN Good Officers process to be restarted, but Guyana has long indicted that the process has been drawn out and has not offered clarity to the border issue.

Mr. Jagdeo said he hopes that the government will offer clarifications on the issue.

Asked whether a PPP administration would have dealt with the issue differently, the former President said there have always been a variety of options to deal with the issue. He said he does not believe the Good Officers process has been exhausted.

“When you are in government, you have to consider everything but what you put forward is important because that is on the table”, Jagdeo said.

He said in the past there were options that involved a negotiated settlement.

“There were options that involved a negotiated settlement which did not see any land concession that the 1899 award would remain intact but there was one view, let me say one view that you could probably on the maritime area, give Venezuela a channel out to the sea, so you make a slight concession in the maritime area but make sure that you do not concede any territory that is land based because the maritime boundaries still are yet to be determined”, Mr. Jagdeo noted.

President David Granger on Thursday told Guyana’s parliament that “border takes first place” and Guyana will continue to stand firm in defense of its territorial integrity.

In an address to the Parliament with both sides of the House present, the President said Guyana has always addressed the border issue respectfully without confrontation. He said “Venezuela’s claim that Guyana is an aggressor defies logic and plain common sense. Who is the aggressor? Who owns the corvette?”

According to President Granger, “Venezuela’s fear is that, once a juridical process could prove that its contention that the Arbitral Award of 1899 was a nullity was proven to be baseless, its fifty-year strategy of attrition aimed at gaining territory from Guyana stands in jeopardy of the prospect of collapse.”

He said Guyana will continue to push for a juridical settlement.