As Secretary General (SG) of the United Nations (UN), Mr. Ban ki-Moon prepares to leave office in December, President David Granger is holding him to a commitment made to assess the next step in resolving Guyana’s border controversy with neighbouring Venezuela.

“We have to hold Mr. Ban ki-Moon to his own word. The word he used was assessment. November is quickly passing so we expect Mr. Ban ki-Moon to quickly fulfill his obligation to let us have an assessment” the President said in a telephone interview with News Source on Friday morning.

And while the President is holding him to his word to make an assessment this month, he believes that final decisions will be made by the incoming Secretary General, Mr. António Guterres.

Guyana has consistently called for the matter to be settled in the International Court of Justice (ICJ).

“Guyana has taken a stance, after 50 years of talking, we need to go to the court and have this matter settled. This is what we expect. I wouldn’t use the word hope because hope is not a planning strategy” the President said.

He added that Guyana has done its homework and  has laid its case before the international community.

Since the rebirth of this issue, Guyana has received support and solidarity from several regional and international bodies, including the Caribbean Community (CAICOM), the Commonwealth of Nations and the Organisation of American States (OAS).

But while Guyana is awaiting a decision on the way forward, President Granger noted that the country is constrained from taking any action outside of the Geneva Agreement which stipulates that the SG must choose a course of action.

“We have exhausted all other courses and the course left is the one to go to the courts for a judicial settlement and that is what we expect the SG to do” President Granger said.

Earlier this week, however, Canada’s High Commissioner to Guyana, Pierre Giroux expressed that he did not believe that Venezuela would accept an ICJ’s decision since the Spanish-speaking country does not recognise the court. 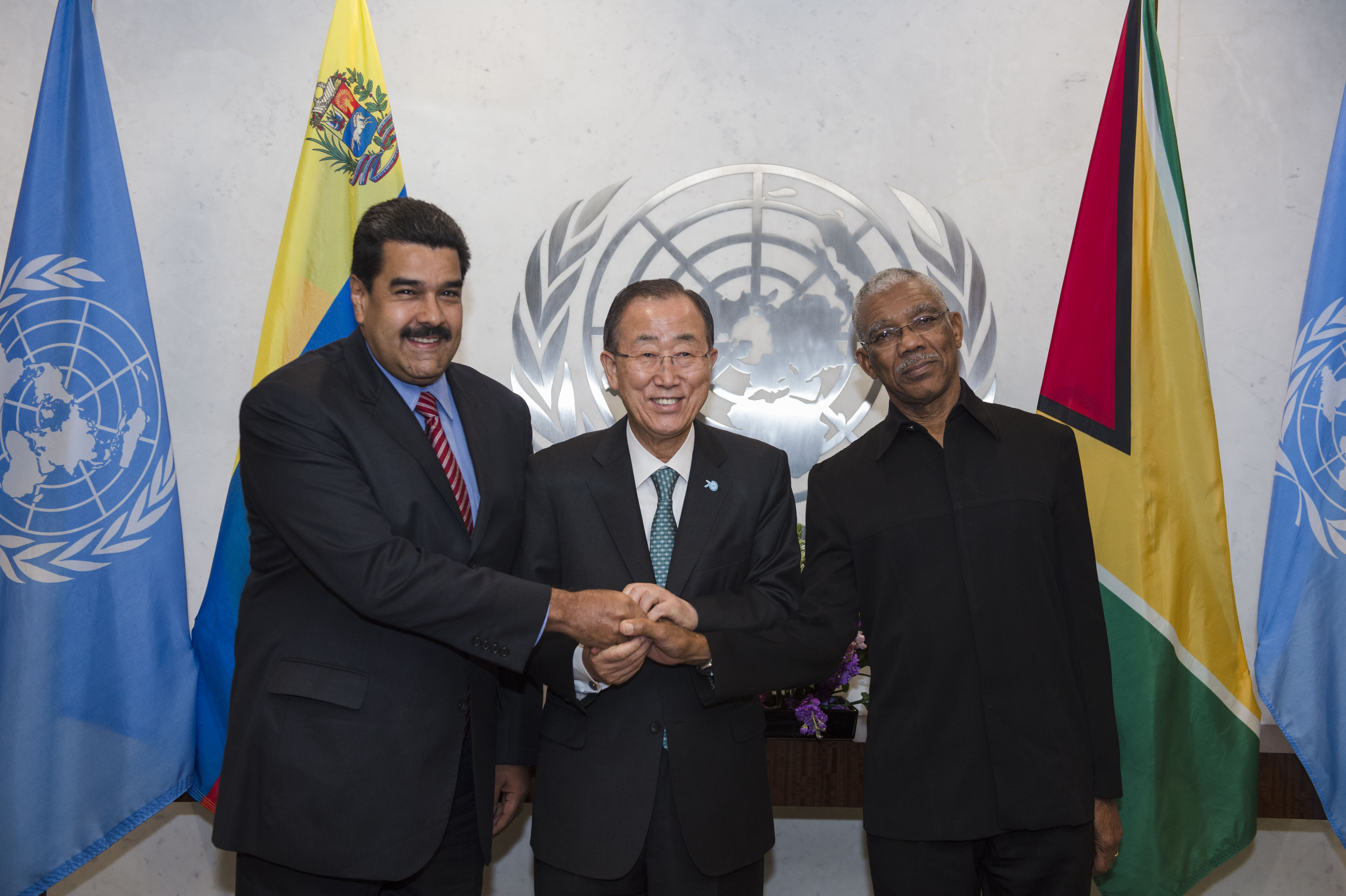 But according to President Granger, this course which was recommended by Guyana is not an illegal one.

In fact, he reasoned that by signing the Geneva Agreement in February of 1966, Venezuela committed to follow a certain course of action decided upon by the UN Secretary General.

“Everything that Guyana has done has been in accordance with the Geneva agreement. So as far as I understand, we are on safe ground since Venezuela committed since February 1966 to accept the outcome of the decision of the SG of the UN” President Granger stated.

Guyana’s border controversy with Venezuela dates back to over a century, with renewed and forceful claims after the American oil firm ExxonMobil announced a giant oil find offshore Guyana last year.

It was back in 1966, on the eve of Guyana’s independence from Britain, that Venezuela claimed the 1899 arbitral award which settled the countries’ borders, was null and void.

That triggered the so-called Geneva Agreement, which mandated the United Nations Secretary- General to dictate a mechanism to settle the controversy as provided for in Chapter VI of the Charter of the United Nations.

Venezuela is laying claims to two-thirds of Guyana’s territory.