Within the first five minutes of his lengthy address, Mr. Granger made it clear that his address was not to dictate or declare war on the Council. On a day when the City Mayor came dressed in green and the Deputy wore yellow, President David Granger chose black and white to encourage the Georgetown City Councillors to work together and in unity for the development of the nation’s capital city.

The President paid his first visit to City Hall since being elected. The visit came in the middle of a row between Councillors over the introduction of parking meters for the city. It was the first time that a sitting President addressed the Council in over 20 years.

President Granger stood between the Mayor and the Deputy Mayor and declared that there was no war between the Municipal Council and Central Government and he called on Councillors to work in unity.

The Mayor has endorsed the parking meter contract while the Deputy Mayor has not offered it his support. They both belong to the APNU+AFC coalition which has the overwhelming majority on the council.

Within the first five minutes of his lengthy address, Mr. Granger made it clear that his address was not to dictate or declare war on the Council.

He focused on urban renewal and said the Council should not be expected to shoulder the responsibility of urban renewal by itself and underscored the importance of partnership with state agencies and the citizenry.

“Together we must ensure that citizens enjoy the good life that was promised,” Mr. Granger said as he urged the City Council to do what must be done but to avoid what he said were the “unplanned development” that caused problems in the past.

The President told Councillors that some people will always complain about new financial measures but reasoned that once the measures of the Council are transparent, in the public interest and approved by the Council, they will receive the support of central government. 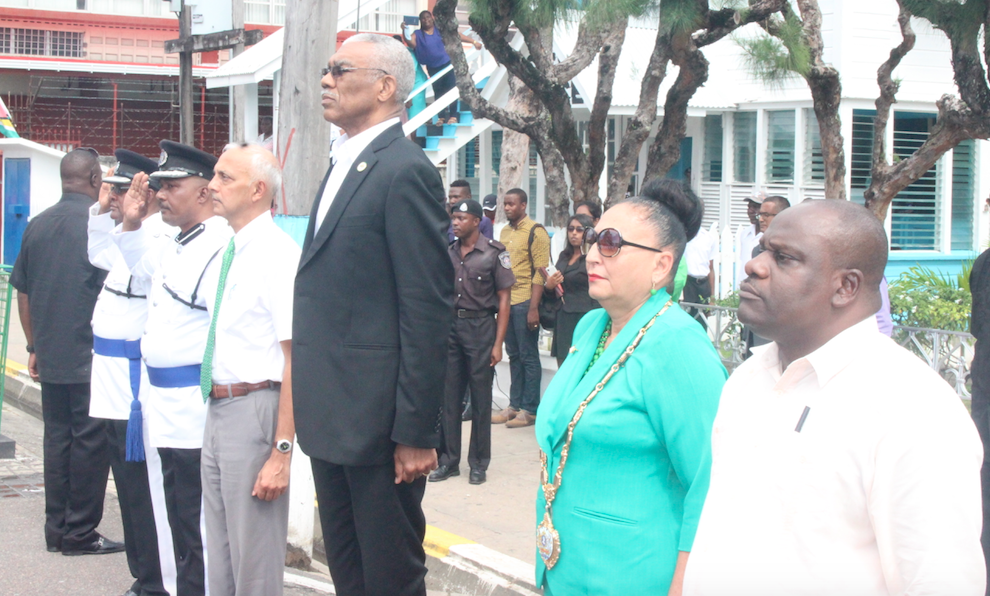 Some Councillors have been complaining about the lack of transparency with regards to the contract for the parking meters in the city.

President Granger reminded Councillors that they are there to serve in the interest of their constituency and not themselves or their political party.  He said the democracy that citizens voted for at the local government elections must be maintained and with municipal elections due again in less than three years, Councillors must realise that a bad report card could result in their removal by their constituents.

He urged the Councillors to always ensure that their plans represent what the people want and encouraged then to remain united and committed to fulfilling their Oath of Office.

He reflected on the state of the city over the years and said issues of compromised drainage system, illegal vending, the flouting of building laws, squatting and congestion must not be allowed to fester. He called for urgent action to address these issues, but said such action must be structured.

“The city must never be desecrated and and be returned to the garbage city. It must be a place of grandeur and regain its image as one of Caribbean’s most pleasant places.” he said.

President Granger also called on the Council to consider the establishment of a National Capital Planning Commission and suggested that the council reviews the numerous plans for development and develop a structured approach to urban renewal. 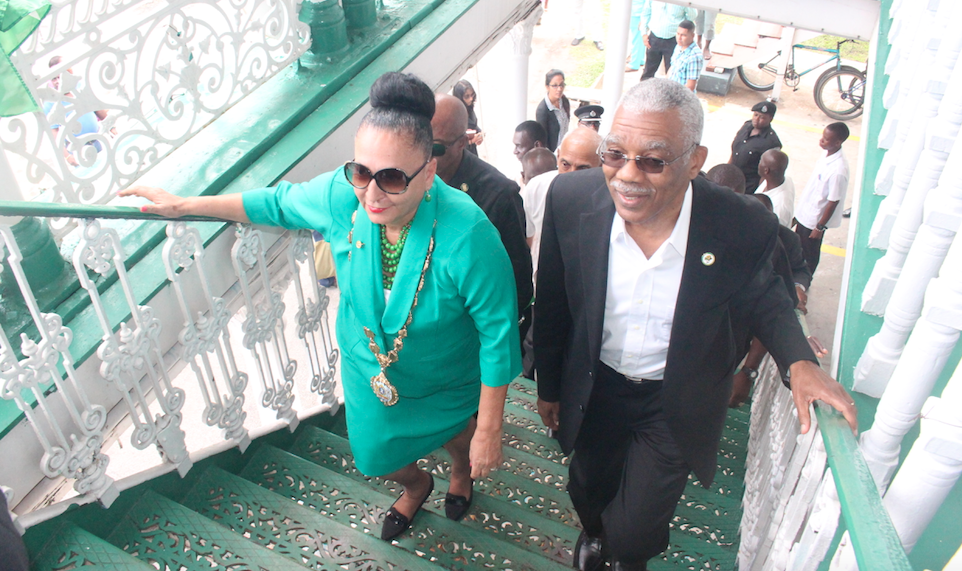 On the issue of vending, President Granger told the Councillors that they must ensure that every vendor has a roof over his/her head and that the municipality caters properly for the legitimate business of vending. He said the poor vendors deserve better and should be given better.

He also touched on the issue of zoning for entertainment spots and businesses and encouraged the Council to address those matters.

City Mayor, Patricia Chase-Green welcomes the President’s address and said the Council will remain committed to working in unity, even as there might be stumbling blocks.