“Mr. Ramsaran has the dubious honor of being the first Minister or public official of the People’s Progressive Party to be sent home,” Nageer said. Hours after President Donald Ramotar announced on Wednesday that he had fired his Health Minister Dr. Bheri Ramsarran over his slap and strip threats against a female rights activist, the activist,  Sherlina Nageer declared that the issue “is far from over”.

The women’s rights activist said she wants the President and his administration to know that she will not be fooled by the move and will be taking the announcement with a “very large grain of salt”.

Nageer was approached by News Source while standing on a protest line in front the Ministry of Health on Wednesday where she said it was definitely a historic moment worth noting.

“Mr. Ramsaran has the dubious honor of being the first Minister or public official of the People’s Progressive Party to be sent home,” Nageer said. She added that believes the firing was nothing more than elections gimmick. 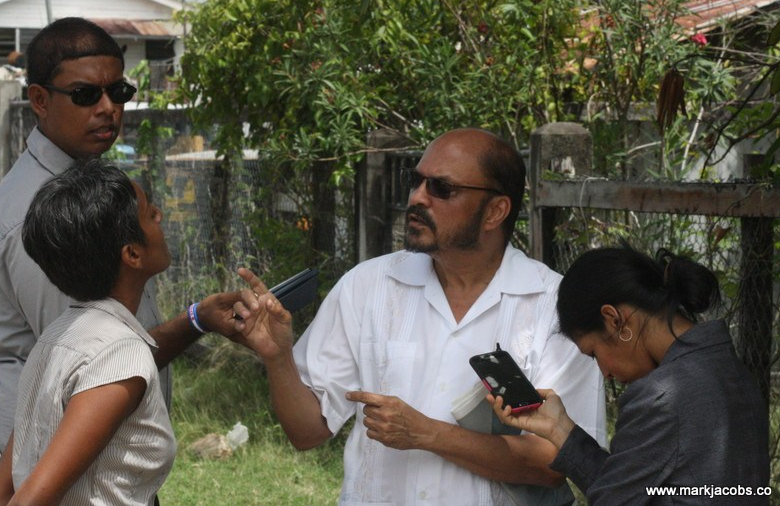 The rights activist said “we also know that we are less than two weeks before elections and Ramsaran is just one of many bad apples… one of many persons in the PPP accused of sexual abuse.”

Nageer believes that if the PPP really cared about women’s rights and sexual abuse, action against accused Ministers should have been taken long before, including Attorney General Anil Nandlall.

Nageer said she will continue to highlight and raise the issue because it is clear that the PPP is desperate for votes at this juncture. She believes the ruling Party has lost ground over the issue and is now trying to make up for that.

Meanwhile, Head of the Presidential Secretariat Dr. Roger Luncheon seemed shocked when he was asked about the Minsiter’s dismissal at his Wednesday post cabinet media briefing.

The Cabinet Secretary said he was unsure whether Dr. Ramsaran was still a Cabinet Member. He conceded however, that the President may have been persuaded to fire the Minister following mounting pressure from the international community and several local organizations.

The President reiterated his outrage at the verbal outbursts and insults uttered by the Minister recently.

The United States, British and Canadian governments along with several local groups had condemned the remarks by the Health Minister against the women’s rights activist, Sherlina Nageer.

At first, the President reprimanded the Minister, but as more and more condemnations poured in and the APNU+AFC started to use the issue as a campaign issue, Ramotar decided it was time to let the Minister go.

Two Monday’s ago, the Health Minister who has described himself as “the Bheri Best”, went on a verbal rant against the women’s rights activist threatening to slap and strip her, after she repeatedly questioned him about the high number of cases of maternal deaths.

At one stage, he told the activist to “eff off” as he called her an idiot for interrupting his roadside conversation with some Berbice reporters.

He later apologised for the remarks but one day after the apology, he was recorded at a Health Officials meeting berating the activist again and telling the officials that she was a miscreant who needed psychiatric help.