“It is not a punitive code, therein lies its greatness. It is in essentially a self-regulatory code. It is neither complex nor complicated very straight forward,” the Chairman said; adding that “GECOM must not be placed in a position of trying to manage and produce credible elections in an environment of hostility and unnecessary and vulgar attacks.” With just thirteen days to go before Elections Day, contesting political parties have come together in a historic move and have signed the elections code of conduct, which is expected to guide campaigns and political leaders along moral high grounds for the rest of the campaign.

Chairman of the Guyana Elections Commission – GECOM – Dr. Steve Surujbally said the document must be seen as more than a guideline and is more like a holy grail for campaigning.

He begged the political leaders, to live up to the contents of the document and ensure it is not weakened by distrust or discarded because of petty discontent and resentment.

“This is a groundbreaking event that will make you the envy of political parties in the Caribbean, you are once again creating an example which others may wish to follow,” the Chairman admonished.

However, minutes after the signing Presidential Candidate of the Opposition Coalition David Granger questioned the PPP Civic’s sincerity in signing the document. 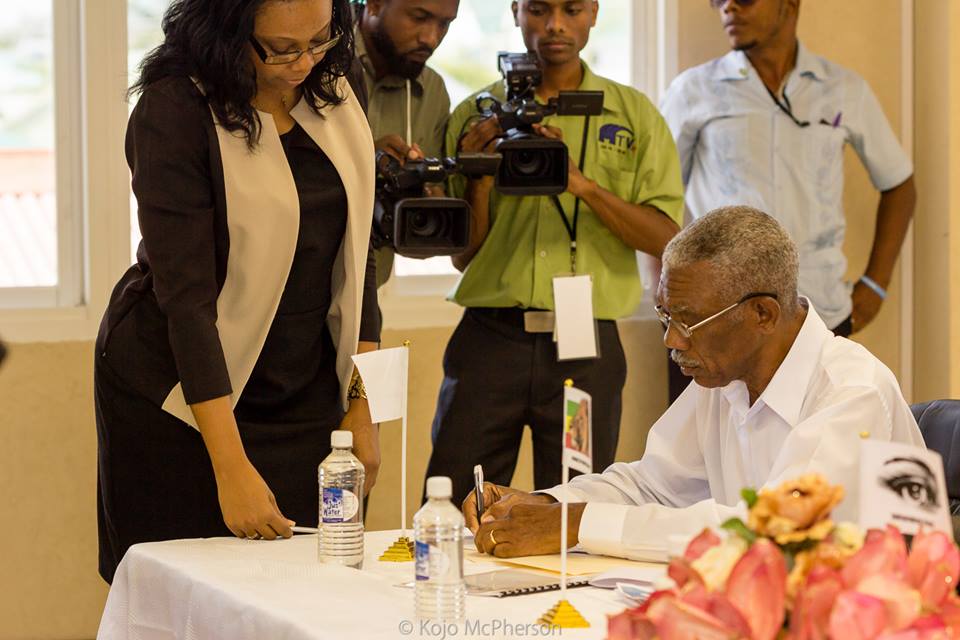 He made it clear that the APNU+AFC coalition was not interested in an activity that will violate the code and has never sought to take part in such an activity but believes the PPP is guilty in this regard.

“I hope that after today there is true compliance and I hope the media read the code carefully and hold the PPP to these commitments particularly the use of state vehicles and equipment for party interest,” Granger said.

The APNU+AFC leader said party members and supporters have been instructed to follow the rules set out for an orderly campaign and elections.

Dr. Surujbally declared that the code of conduct was “here to stay” while reminding of a similar document that was signed in the preparation for the 2011 elections. He recognized that even though this signing occurs at a seemingly late time such a document has no moratorium.

He applauded all of the parties for reinforcing the desire to exhibit political maturity. He believes that by placing a signature on the document is in effect placing the country first and demonstrates a willingness and commitment at adhere to the code.

“The code of conduct for the 2015 elections is not an illusion; it was not conceived as a transitory fly by night document. This signing is not symbolic perhaps to react to a national insistency. This code emerged from the genuine conviction relative to a need for such a guiding document… it does not have an expiration day,” the Chairman added.

According to the Chairman, adherence to the code elevates all concerns to a moral high ground, away from the current deterioration of political campaigning.

“It is not a punitive code, therein lies its greatness. It is in essentially a self-regulatory code. It is neither complex nor complicated very straight forward,” the Chairman said; adding that “GECOM must not be placed in a position of trying to manage and produce credible elections in an environment of hostility and unnecessary and vulgar attacks.”

He warned against arrogance and confrontational statements which he believes could work to destroy political leaders and parties.