News Source has learnt that the Executive Committee of the People's Progressive Party is of the view that all of the persons seeking to be the party's Presidential Candidate at the next election should be serving members on the party's Central Committee. One of the first persons to indicate an interest in becoming the Presidential Candidate for the opposition People’s Progressive Party, in the next elections, may have to bow out of the race even before a single vote for the candidate is cast.

News Source has learnt that the Executive Committee of the People’s Progressive Party is of the view that all of the persons seeking to be the party’s Presidential Candidate at the next election should be serving members on the party’s Central Committee.

It would be the first time that such a requirement is being put in place.

Of the seven persons putting themselves forward as candidates so far, the only one who is not on the Central Committee is youth member, Charles Ramson Jr.

Mr. Ramson was the first person to indicate an interest in leading the party into the next elections. At age 35, he is also the youngest in the race.

His announcement came just after the Caribbean Court of Justice ruled on the Presidential term limit case. That ruling by the CCJ, has effectively blocked Opposition Leader and former President Bharrat Jagdeo, from seeking the post of President for a third term.

The Central Committee of the PPP has 35 members and represents the highest decision making organ in the party.

It is the 35 members of the Central Committee who will decide on the party’s Presidential Candidate for the next elections.

A senior party executive confirmed to News Source that the party’s Executive Committee has in fact made the decision about the candidates needing to be members of the Central Committee.

Three other senior party members, who News Source contacted, offered no comment, while a fourth member said there are a number of procedures, processes and requirements being examined for the potential candidates and the requirement to be on the Central Committee is one of them.

PPP General Secretary, Bharrat Jagdeo, at a recent press conference indicated that “newbies” might face a difficult time to win support for the position of Presidential Candidate.  He hinted that he believes the persons being examined for the position should have experience at the cabinet level in government and at the leadership level of the party.

“If you have newbies, then it’s much harder if you don’t have some Cabinet experience. I benefitted enormously by being a member of the Cabinet for a while, so I had experience as to what the issues were being debated; so we have a great pool of people who have had this experience and are still young”, Mr. Jagdeo told the media.

The PPP Executive Committee is expected to meet later today to further examine issues surrounding its preparations for elections and the election of a presidential candidate.

The vote for the Presidential Candidate position will be done by secret ballot.

If all of the current candidates remain in place, it will mark the first time that the party will have to vote on a Presidential Candidate.  In the past, possible candidates declined their nominations, allowing just one candidate to go forward to receive the endorsement of the Central Committee.  This time around, some candidates appear to want to stay in the race and see it through to the end. 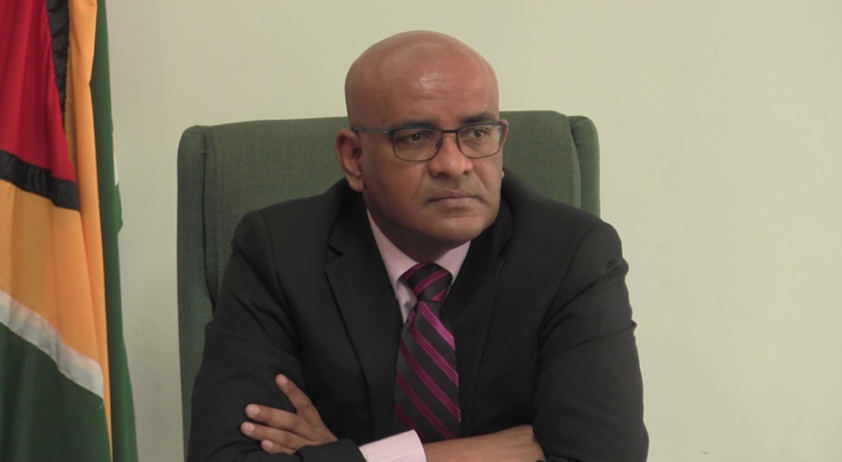 Just last week, an advertisement appeared in the Kaieteur News declaring Anil Nandlall to be the Presidential Candidate.  Mr. Nandlall quickly disassociated himself from the advertisement, saying that he had nothing to do with its placement and was unaware of who might have been behind it.

Other candidates have been quietly meeting members of the Central Committee in an effort to garner their support.

The General Secretary of the PPP has indicated that the selection of the Presidential Candidate will take place before the end of January.