The Guyana Equality Forum, Guyana Trans United, Guyana Rainbow Foundation and the Society Against Sexual Orientation Discrimination (SASOD), today said that their membership intend to withhold support for any referendum which seeks to determine whether discriminatory laws against a minority group should be kept or scraped through a popular vote. Local human rights bodies and LGBT advocacy groups in Guyana have come out in condemnation of the government’s proposal to hold a referendum on whether Guyana’s colonial law which criminalizes same sex intimacy should be repealed.

The Guyana Equality Forum, Guyana Trans United, Guyana Rainbow Foundation and the Society Against Sexual Orientation Discrimination (SASOD), today said that their membership intend to withhold support for any referendum which seeks to determine whether discriminatory laws against a minority group should be kept or scrapped through a popular vote.

SASOD’s Managing Director Joel Simpson believes that holding the referendum will deepen the marginalization and isolation of LGBT persons as right-wing groups will heighten their homophobic rhetoric.

During a press conference on Wednesday, Mr. Simpson posited that instead of strengthening social cohesion and building national unity, the referendum will divide the nation.

“Homophobia will increase as misguided, emotional arguments are made on a topic which the majority of the population is not educated to engage on rationally. Fear of the unknown exists and religion and personal biases will be misused to attempt to justify the laws of a secular, democratic state,” Simpson added.

To support the assertion that LGBT Guyanese will be exposed and targeted with  homophobic vitriol, Simpson pointed to multiple homophobic statements posted on social media over the past few days as debate on the issue started. 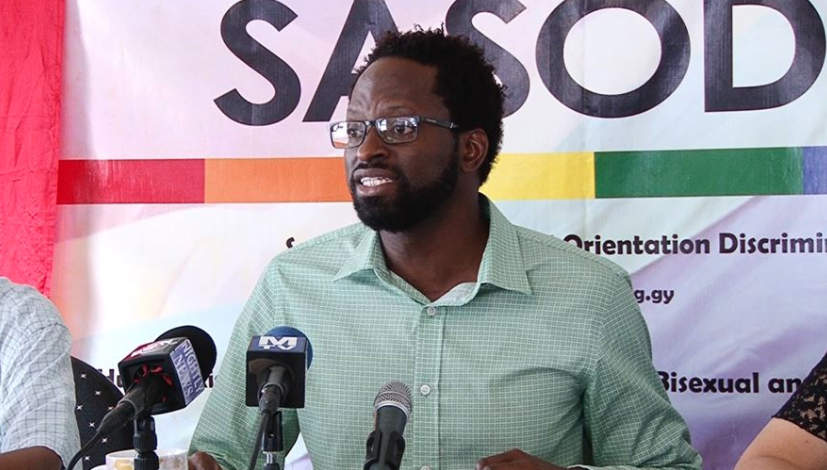 “LGBT Guyanese, like all citizens, have the rights to life, to love and live freely without abuse, persecution or discrimination. They have the rights to access justice, live in a society without fear of hate crimes, have their voices heard, represent and be represented at every level of decision making in this country,” he noted.

Simpson said human rights are often denied to LGBT persons living in Guyana as he called on the government to rethink its position.

Government should honour its commitment

Joined by Red Thread’s Karen Desousa and Executive Director of Justice Institute Guyana, Melinda Janki, Simpson called on the coalition government to fulfill its stated commitment to the LGBT community.

The APNU+AFC coalition in its 2015 manifesto committed to “putting measures in place to ensure that all vulnerable groups in our society, including… those marginalized because of sexual orientation are protected and not discriminated against.”

GEF believes that a referendum on whether same sex intimacy should remain a criminal offence does not fulfill that commitment but does the opposite.

Simpson wants the government to use the resources in intends to “squander” on holding a referendum to educate the population on human rights and gender and sexual diversity.

“Courage to be Free”

It was Foreign Affairs Minister Carl Greenidge who articulated the government’s position in a letter to the Inter-American Commission on Human Rights (IACHR), following the 161st Ordinary Period of Sessions, which addressed issues of Human Rights Violations against Young Persons in Guyana.

The government’s position was repeated by Legal Affairs Minister, Senior Couynsel Basil Williams earlier this month, but in Greenidge’s letter, he had suggested that removing the buggery laws might seem in some way an imposition of beliefs from the United States and the United Kingdom.

Ms. Janki used the occasion to point out that the decriminalization of homosexuality is a feature of British colonial rule. 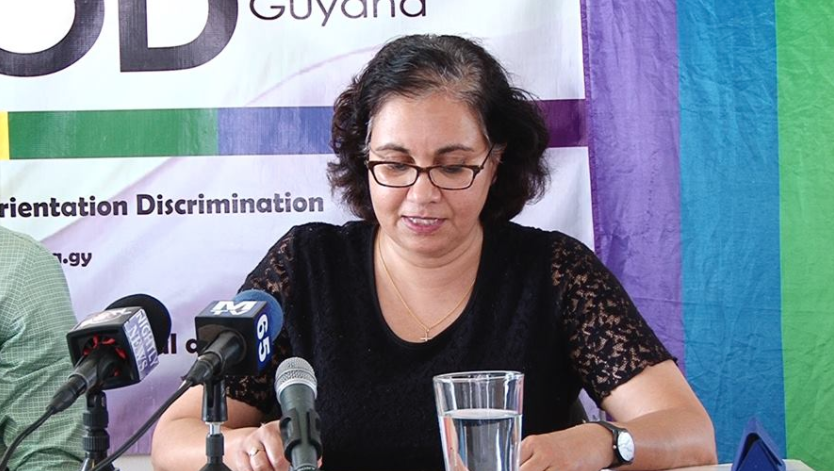 “Had we been colonized by anybody other than the British we would not today have on statute books a law that is so oppressive and undermining of human dignity,” She added as she sternly called for a repeal of the colonial law.

Janki also pointed out that the United Kingdom has decriminalized homosexual behavior since 1967 and now questions why Guyana still keeps it as it approaches its 51st year of independence.

“Are our minds so hurt by colonialism that we cannot break this colonial shackle of intolerance and backwardness?” she asked.

She believes that colonial laws like this one is strangling the country’s ability to progress and mature and a society.

The government believes that the referendum could result in laws which criminalize homosexuality being struck down, if Guyanese decide to vote against them through the referendum.

The government has stated that its decision to entertain a referendum is based on previous advice given to the parliament that the issue should not be dealt with by legislators only.  (by Kurt Campbell)