Rohee, who served as a Government Minister under the PPP from 1992 until 2015, was booed and heckled throughout his presentation in which he harshly criticized the coalition government for its management of the economy and treatment of workers. As the once divided trade union movement in Guyana and political leaders braved light rain in Georgetown and came together for a single rally on Sunday, General Secretary of the People’s Progressive Party, Clement Rohee’s speech at the rally appeared to have angered several public servants.

Rohee, who served as a Government Minister under the PPP from 1992 until 2015, was booed and heckled throughout his presentation in which he harshly criticized the coalition government for its management of the economy and treatment of workers.

Public servants, mainly from the Guyana Trades Union Congress, became uneasy and attempted to clap off the opposition member at several points of his speech.

The Chairperson was also forced to intervene in an effort to bring the rally to order and GTUC General Secretary, Lincoln Lewis was seen attempting to calm his members.

Sections of the crowd rejected the reception Rohee received and said it was in contradiction of the purpose of the unified rally.

For years the main trade unions marked labour day in two separate blocs, one supported by the government  and the other by the political opposition. 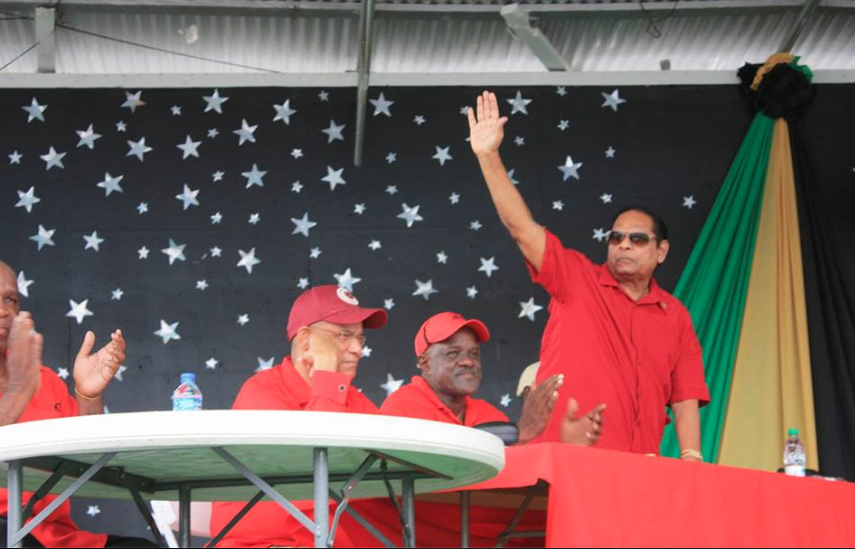 Prime Minister Nagamootoo waves to the crowd during the rally

Sections of the crowd became noisy and erupted into an uproar when Rohee said that citizens, both in the private and public sectors, were finding it difficult to make ends meet. “Many working families are falling on hard times,” he said.

Mr. Rohee claimed that handouts which were deemed unacceptable in the past, have been reintroduced under this one year old government. “Guyanese are embarrassed and outraged by the treatment of the Government… economic hardship stalks the land,” Rohee said.

He also lashed out at the government’s behavior in the National Assembly and said it has become a toothless poodle.

The opposition member urged the trade union to use its influence to hold the government accountable both for the sake of the working class and all of Guyana. He supported calls for raises in pay for public servants and a reversal of the decision to close the Wales and LBI Sugar Estates.