Public Servants got a better deal under PPP -Rohee

During its time in office, the PPP was heavily criticised for imposing an annual 5% salary increase on public servants. The current APNU+AFC government is offering 10% to those workers making less than $99,000 per month while the others will see differentiated increases. While the Guyana Public Service Union is still to decide whether it will accept the government’s final offer for wages and salary increases for public servants, the Opposition PPP has dismissed the offer and is adamant that public servants got a better deal when the PPP was in office.

During its time in office, the PPP was heavily criticised for imposing an annual 5% salary increase on public servants. The current APNU+AFC government is offering 10% to those workers making less than $99,000 per month while the others will see differentiated increases.

But at a Monday morning press conference, PPP General Secretary, Clement Rohee said that while the PPP offered 5% in salary increases, it also offered several other benefits through government programmes that would have seen public servants benefiting.

He said “that 5% that was granted from time to time, was done after a whole range of discussions and negotiations”, adding that “we must see the increases given by the PPP administration together with a host of concessions that were granted”.

Mr. Rohee said he is not just concerned about the coalition government’s offer to public servants, but is also worried about the GPSU not standing up enough for the workers.

“Knowing the track record of the Guyana Public Service Union, it will go along with he government’s final offer on the basis of some lame excuse and this will no doubt be tantamount to another betrayal of the workers’ interest”.

The offer came at the end of the negotiations between the Government and the Guyana Public Service Union and the Union is yet to make a decision on whether it will accept the offer.  The GPSU is expected to first meet with its General Council before a final decision is made.

When the negotiations started, the GPSU was pushing for a 40% increase in the salaries for public servants. That was readjusted to 25% eventually as the government’s first offer of a 5.5% increase for those earning less than $100,000 a month was rejected. 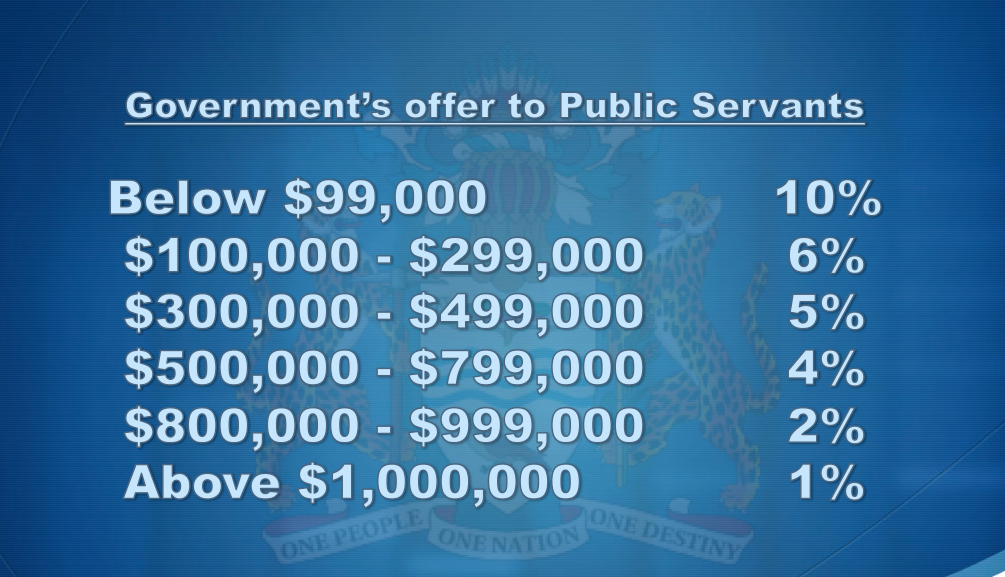 In a statement on Wednesday night, the Government stated it also agreed during that initial offer to consider a review of allowances for public servants immediately upon the conclusion of the negotiations for Wages and Salaries and as a consequence, a Tripartite Committee comprising representatives from the Department of the Public Service, the Ministry of Finance and the Guyana Public Service Union was established to address this issue.