"We have doubted ourselves for fifty years, and I have no doubt that in the twenty years that I have been in Parliament and National Politics, we have found every reason to doubt ourselves, to castigate ourselves, to pull ourselves down", he said. Natural Resources Minister, Raphael Trotman, today said he would be supportive of the suggestion of Economist, Dr. Clive Thomas for there to be direct cash transfers of a percentage of oil revenue earnings to citizens of the country.

Dr. Thomas made the suggestion at a recent forum, indicating that a small percent of Guyana’s total oil earnings, could cater for the disbursement of US$5000 to every household.

The suggestion has triggered a debate on social media and around the political circles.

Some believe such a move could aid in poverty reduction while others feel that it could also be a recipe for corruption.

Today, Minister Raphael Trotman, told reporters that he would be willing to represent the suggestion at the level of Government because it is one that has worked in many countries.

“We have doubted ourselves for fifty years, and I have no doubt that in the twenty years that I have been in Parliament and National Politics, we have found every reason to doubt ourselves, to castigate ourselves, to pull ourselves down”, he said.

He said while he understands the concerns, those concerns should not prevent the suggestion from being taken seriously. He chastised Opposition Member of Parliament, Anil Nandlall, for stating that such a move could turn Guyana’s poor people into “parasites”.

According to Trotman the coalition government and every future government have a duty to spread the oil revenue wealth in an equal and responsible way across the country and it should not be any one group of people, or people in any one area, who find themselves benefiting more than others. 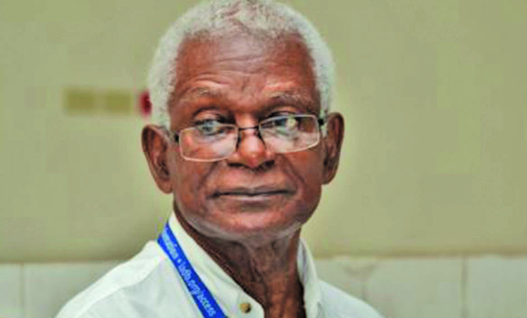 “I commend Professor Thomas for introducing a subject that some of us might not want introduced, but he is a Professor of Economics of international repute and he would not have talked out of the top of his head.”

Trotman said any suggestion that could lend to poverty reduction should not be dismissed but should be looked at from every angle. He noted however, that it is clear that such a mechanism would need robust systems in place, but the idea should not be thrown out completely.