The driver of a route 43 Linden minibus and one of his passengers were killed on Wednesday evening when he reportedly lost control of the speeding mini bus and it flipped over several times along the highway, eventually coming to a stop in the bushes off of the road.

Several other passengers were injured and rushed to the Mackenzie Hospital where doctors and nurses were out in full force offering assistance.

One of the surviving passengers in an interview said, just as the bus was approaching the Long Creek area along the highway, there was a loud noise heard coming from its bottom close to the front wheels. 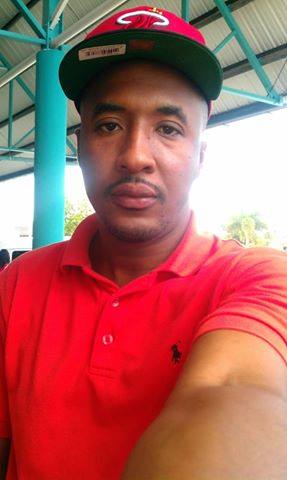 The young woman said the driver slowed down a bit and peaked at his right front wheel.

Moments later as he continued driving, three loud noises were heard coming from the right front tire area and the woman said that it was at that stage that the driver lost control and the bus toppled off the highway and into the nearby bushy area, eventually being brought to a stop by a tree. She said she managed to climb out of the wreckage as others groaned for pain.

According to the survivor, the bus was completely upside down and she managed to walk out to the highway and get the attention of a passing car.

She said she collapsed a little after and was rushed to the hospital along with other injured passengers.

Reports indicate that the minibus was recently purchased and belonged to a well known Linden mechanic. The 29-year-old Hudgson was hired as its driver.

The accident occurred just after 6pm as the mini bus with license registration number BSS 4774 was heading to Linden. 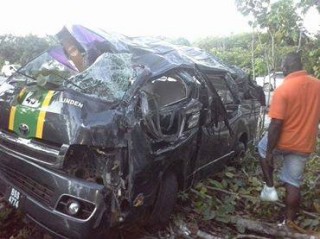