Responding to this declaration, U.S Ambassador to Guyana, Perry Holloway, said “Guyanese under the age of 42 have never voted in local elections. To me it was mind boggling how can you have a democracy without local elections?” The United States Embassy in Georgetown has welcomed the announcement of a date for Local Government Elections by the APNU+AFC government.

The last time local government elections took place in Guyana was in 1994.

Responding to this declaration, U.S Ambassador to Guyana, Perry Holloway, said “Guyanese under the age of 42 have never voted in local elections. To me it was mind-boggling how can you have a democracy without local elections?”

“I know you do have a democracy. I’m not denying that but I couldn’t fit into my big head why there have been no local elections, so I was very pleased to see that announcement today,” the Ambassador added.

Mr. Holloway was speaking at a welcome reception at his residence, having recently arrived in Guyana.

He said the U.S stands ready to assist Guyana with these elections and also to develop its other resources and potential. 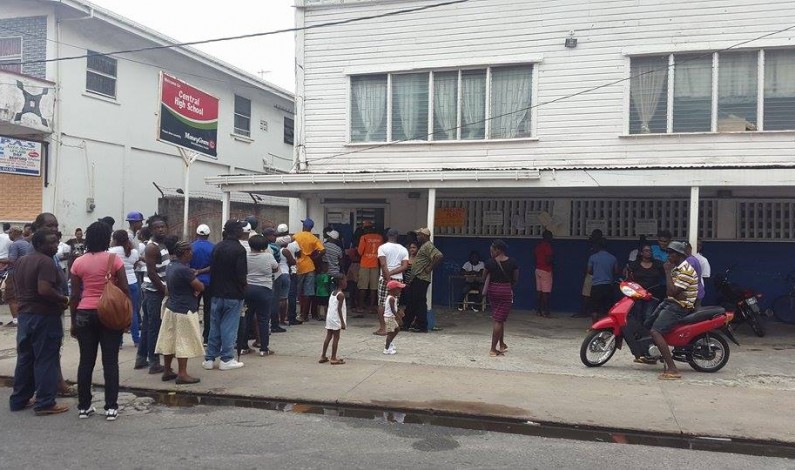 The U.S Embassy had always lobbied the previous government to hold local elections and has supported the current coalition government in its push to have these elections take place.

The APNU+AFC government was elected to office in May, 2015, ending the People’s Progressive Party’s 23 year rule.

The coalition government in conjunction with the Guyana Elections Commission (GECOM) immediately began plans for the hosting of the local elections including the passage and subsequent assent to new and amended legislation.

“This is an important time in our history; your government has recently declared that Guyanese will have the opportunity to democratically elect Councillors to manage towns and neighbourhoods. Elections are important because they are a democratic constitutional right,” Communities Minister Ronald Bulkan said, when he announced the elections.

According to the Minister, these elections are essential because the entire local government system is currently rotten and must be rehabilitated and made fully functional. He said “democratic renewal of local government organs is long overdue”.