Speaking to Journalists from around the world at the United Nations Environment Programme Headquarters in New York last week, Director Elliot Harris said Guyana has emerged as one of the world’s leaders in the Redd Programme which is aimed at not only reducing deforestation but also reforesting deforested areas. by Kurt Campbell at UN Headquarters in New York

(New York)  The United Nations has hailed Guyana’s leadership in the area of climate change as UN Member States are finalising policy and legislative frameworks for the implementation of the newest global climate agreement under the United Nations Framework Convention on Climate Change (UNFCCC).

Guyana was one of the first countries to ratify the universal and legally binding global climate deal which was negotiated between 195 countries in Paris last December.

But the South American country has been actively contributing to global climate change mitigation and adaptation efforts for several years now under the UN Collaborative Programme on Reducing Emissions from Deforestation and Forest Degradation in Developing Countries which was launched in 2008. 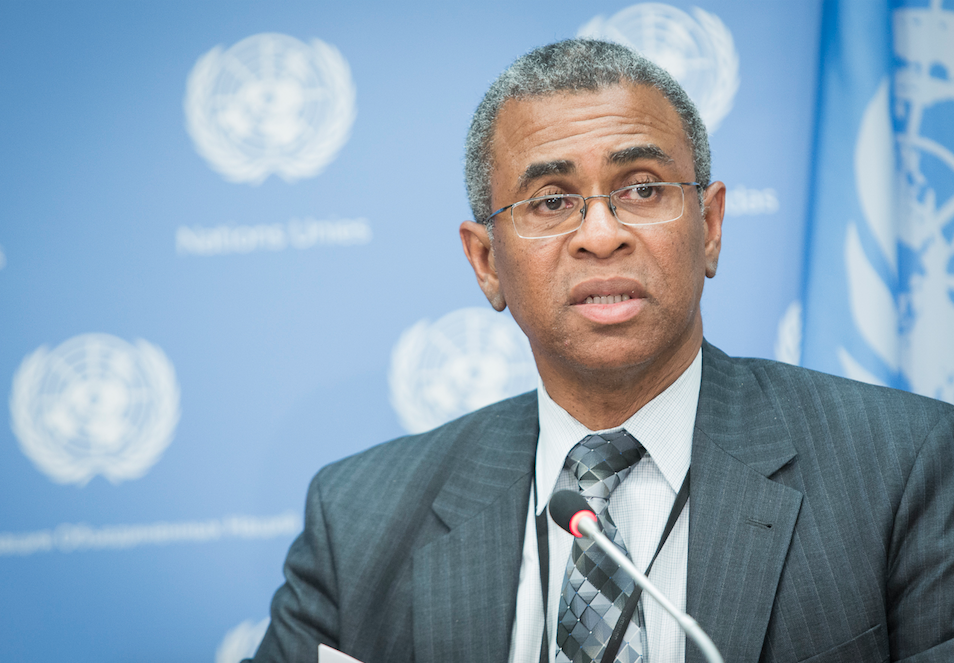 Speaking to Journalists from around the world at the United Nations Environment Programme Headquarters in New York last week, Director Elliot Harris said Guyana has emerged as one of the world’s leaders in the Redd Programme which is aimed at not only reducing deforestation but also reforesting deforested areas.

Guyana has distinguished a global leadership role in the worldwide efforts to decarbonise economies and push for a greener planet.

Harris said this was one of the major selfless and key contributions Guyana, with its large expanses of tropical rainforests, can make beyond its own borders to the global fight against climate change. “It is well accepted that tropical rainforest is the largest carbon sink that exists and deforestation and burning of forest has contributed to the demolition of its ability to absorb carbon,” Harris added. 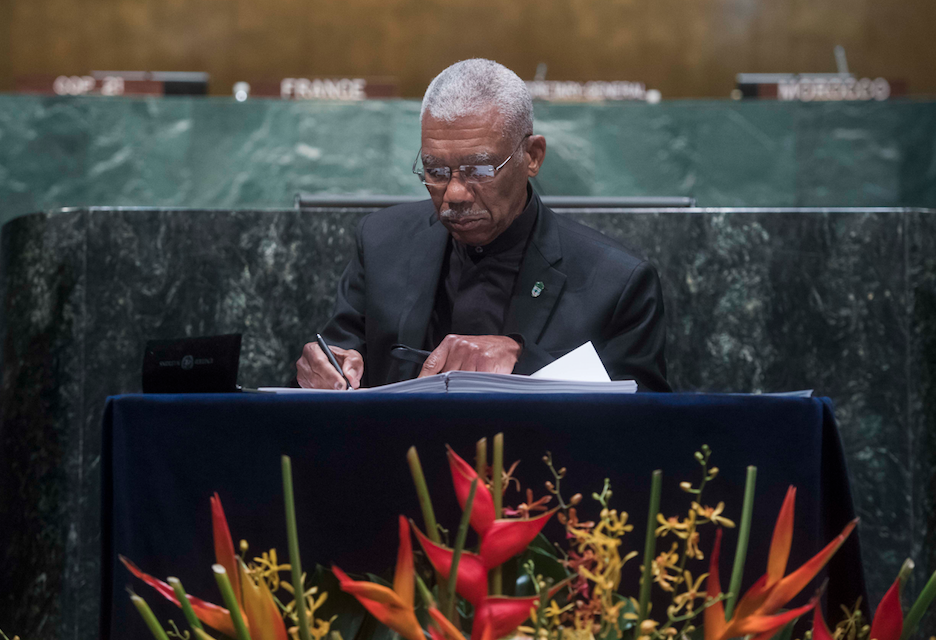 “Nothing inspires more than to look at what your neighbour has done, many countries can learn from what Guyana has done,” he said. Harris who is also the UN- Assistant Secretary General said as it is now, if all national efforts are put to together, it is still not enough and some countries, especially the ones with large economies, must make the difficult political decision and fundamental change on how they produce and use energy.

He reiterated the urgent need for greenhouse gas emissions to be reduced and countries to step away from the use of fossil fuels.

The UNEP Director said no one country should attempt to save the world from climate change because the task is simply too large for any one state. He called for collective action from all countries to ensure mitigation, adaptation and financing and for sustained political momentum in support of climate action.

Guyana’s President, Brigadier David Granger is expected to address issues pertaining to the greening of Guyana’s economy during his address to the 71st UN General Assembly on Tuesday September 20th.