VAT removed from Education Services as $267.1 Billion Budget is unveiled

The budget includes measures to improve quality of life with the removal of the value added tax on education services, tax amnesties, the removal of tax on personal vacation allowance, a small increase in the old age pension and support for the private sector and small businesses. With a promise to build on the Coalition government’s “impressive achievements” over the last two years, Finance Minister Winston Jordan on Monday unveiled the $267.1 Billion 2018 National Budget during an almost four-hour presentation in the National Assembly.

The budget includes measures to improve quality of life with the removal of the value added tax on education services, tax amnesties, the removal of tax on personal vacation allowance, a small increase in the old age pension and support for the private sector and small businesses.

The fiscal plan which was the fourth presented by the APNU+AFC coalition since it took office in 2015 was rolled out under the theme: “The Journey to the Good Life Continues.”

Speaking to a mostly attentive National Assembly, Minister Jordan outlined his budget measures which include a move to grant an amnesty to all delinquent taxpayers, corporate and individual, who are outstanding in the filing of true and correct tax returns and payment of their true and correct taxes.

Those found to be in violation will be subject to an audit and the attendant penalties and interest will be applied.

The Guyana Revenue Authority will be devoting increased resources to enforcement of the income tax laws.

He also spoke of support for the government’s green agenda which will see exemption in the Excise Tax on vehicles principally designed to accommodate LPG gas from January 1st 2018.

Additionally, the Minister has proposed that the minimum Personal Allowance of $720,000 be given in full, regardless of whether a person works for the whole year or a part of the year. The tax deducted by the employer and remitted to the Guyana Revenue Authority (GRA), will be refunded to those employees whose income did not reach $720,000, Jordan said. 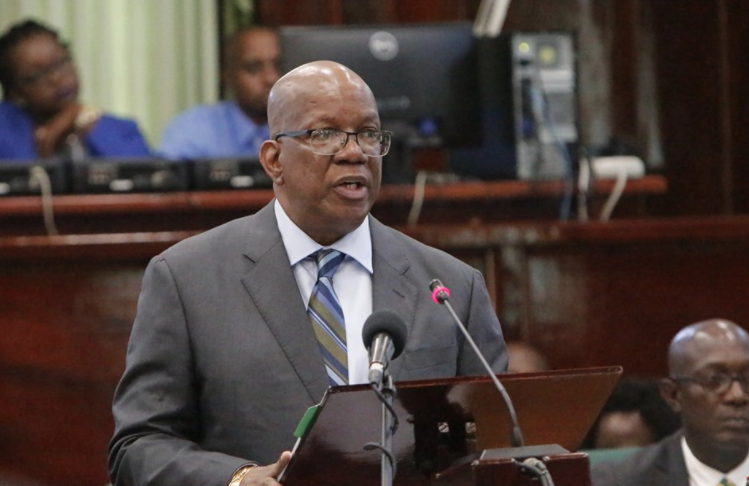 Public sector employees currently enjoy a tax-free vacation allowance, regardless of whether they spend their vacation in Guyana or abroad.

The Minister announced that the same will be offered to the private sector, allowing private sector employees to enjoy the vacation allowance tax-free and to use it as they see fit.

Though the increase will be small, the Minister reminded that in total, the old age pension has been increased by almost 49 percent in two and a half years.

Similarly, effective January 1, 2018 Public Assistance will be increased to $8,000, approximately 36 percent growth over the same period.

Following strong representation by the Guyana Gold and Diamond Miners Association (GGDMA), the Minister has propose several incentives to the industry which includes a reduction in the Tributor’s Tax from 20 percent to 10 percent, replacement of the current ―2% of the gross proceeds regime with a sliding scale percentage that is based on the price of gold.

As the government also looks to provide support for struggling sectors, $6.3 billion was allocated in the 2018 budget for the Guyana Sugar Corporation. Sugar production saw a decline this year, a situation that is expected to persist into 2018.

The budget also includes measures geared at alleviating poverty, improving public infrastructure and strengthening and growing the private sector over the next year along with investment in emerging sectors like information and communication technology and oil and gas. $100 million is now available for the creation of a revolving fund which will support small businesses whose goods and services environmentally friendly and supports the development of a green economy.

Government is expected to spend big on developing public infrastructure with $5 billion set aside to complete upgrade work on the Cheddi Jagan International Airport by 2018. 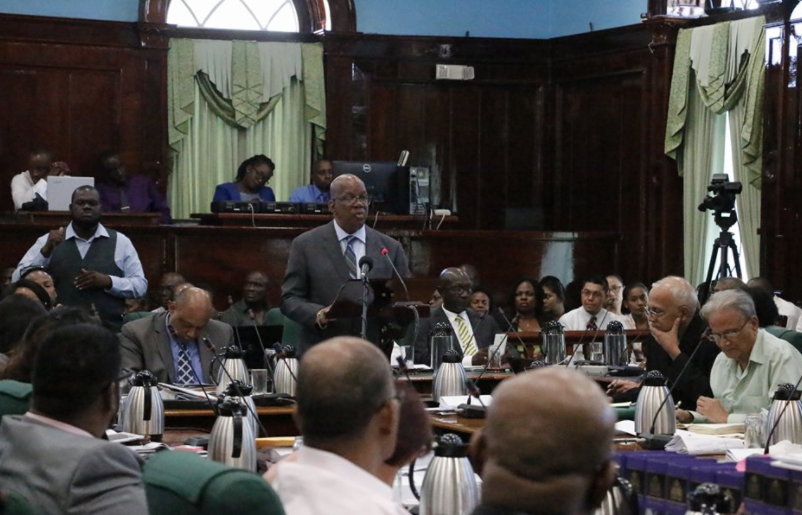 Additionally, $840 million has been set aside for bridges, $1.5 billion for hinterland roads, $1.2 billion to complete the West Coast Demerara Highway and $2.7 billion to widen the East Coast Demerara Highway to four lanes. Jordan also announced that $160 million is allotted for the rebuilding of the Vreed- en-Hoop and Stabroek stellings and $2.4 billion for sea defence.

He noted too that already government has received 11 expressions of interest for the construction of the new Demerara River Bridge.

There are investments being made in several other sectors including public security for which $30.7 billion has been allocated. In education there is an increase in teacher’s incentive, the University of Guyana will receive a $2.4 billion subvention and monies has been set aside for the construction of new schools.

The health has received an overall $33.3 billion allocation. The budget will be intensely debated during December 11th – 15 as the government seeks to defend the government and the opposition seeks clarity on the government’s vision.