The reigning Miss Guyana Universe Ruqayyah Boyer will be given another opportunity to capture an international crown when she represents Guyana at this year’s Miss World Pageant being held in Indonesia.

Boyer has been busy with her University studies and her new job since returning from the Miss Universe pageant. She now works as a journalist with one of the private daily newspapers in Guyana. The Miss Guyana queen has always expressed herself in writing and journalism seemed like an easy choice for her. 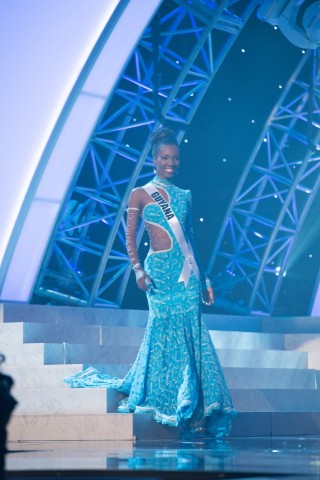 The Miss Guyana Queen famously fell to the stage during the preliminary round of the Miss Universe evening gown competition. Her quick recovery from the fall won her the hearts of the international media who followed her every step for the rest of the Miss Universe pageant. She was unable to make it to the Top 15 of Miss Universe but said the experience was worth every moment of her participation.

The Miss World Pageant is a much tougher pageant with several segments including a talent segment and sporting events that could contribute to the scores of the finalists. Guyana was last represented at the pageant by Arti Cameron.

2 Responses to "Ruqayyah Boyer to represent Guyana at Miss World"