Kwayana concerned about wrapping up of Walter Rodney CoI

In a letter which was carried in Saturday's Stabroek News, Mr. Kwayana who appeared before the Commission and offered evidence, said that "within weeks of the election that removed the PPP/C there is a kind of coordinated campaign against the commission investigating the unnatural death of Walter Rodney." Former Guyanese politician and historian Eusi Kwayana has raised concern about the move by the new APNU+AFC government to have the Walter Rodney Commission of Inquiry complete its work in one more sitting.

He had described the decision as “disquieting”.

In a letter which was carried in Saturday’s Stabroek News, Mr. Kwayana who appeared before the Commission and offered evidence, said that “within weeks of the election that removed the PPP/C there is a kind of coordinated campaign against the commission investigating the unnatural death of Walter Rodney.”

He added that “an inquiry had been evaded by the PNC and then by the PPP governments until it was ordered by the National Assembly in 2005 with the ruling PPP abstaining because the amended motion did not speak of an assassination but of a death to be investigated.”

When the new government took office back in May, it found out that over $325 Million had already been spent on the Commission of Inquiry which had no end date in site. Of that money, the Commissioners received a hefty chunk for their services while a Canadian based, Guyanese journalist was paid $16 Million by the last government to write stories on the commission for the state owned Guyana Chronicle. 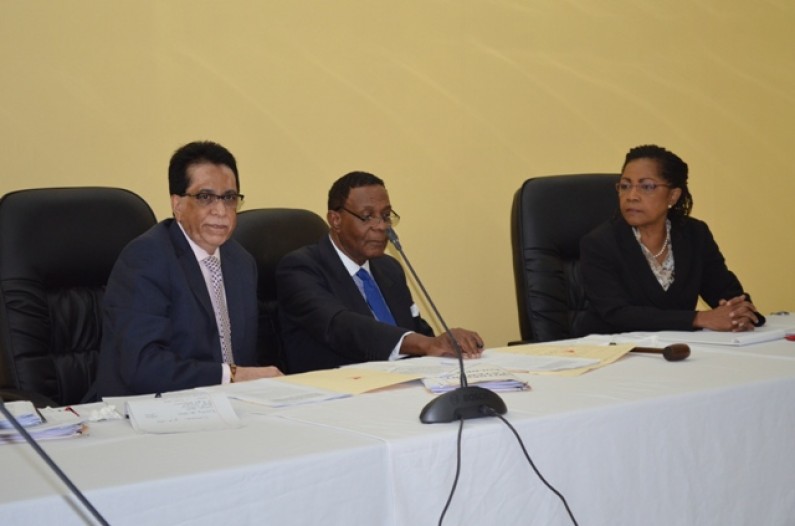 But Kwayana believes that the Commission should still continue with its work, writing that “to make the COI and all its works unpopular what   could be easier than to throw out real numbers without the audit due to a constitutional body   into that mood of hunger for new raiders of the treasury! There is so far no comparison with the expenses of the Linden Commission or other standard of comparison.”

The Commission of Inquiry has been accepting evidence for over a year and was given at least two extensions under the former Government. A lot of the issues that were raised in the Commission became campaign material for the PPP/Civic administration which was eventually booted from office at the May 11 polls.

President David Granger has indicated that while he is not scrapping the work of the Commission, it needs to wrap up that work because of the hefty cost attached to hosting the hearings.

Walter Rodney who was the Leader of the Working People’s Alliance was killed on June 13, 1980, when a bomb exploded in the car in which he was sitting.

He was 38 years old at the time. Ten years ago, Parliament unanimously approved a motion to establish a commission to inquire into the circumstances surrounding his death. The work of the Commission began in April 2014.