The Agriculture Minister is adamant that the Corporation has money to pay staff for this month and said there is no reason why the new APNU+AFC administration would not support the Corporation, financially until a budget is in place. Newly appointed Agriculture Minister Noel Holder has rubbished claims by the Chief Executive Officer (CEO) of the Guyana Sugar Corporation (GuySuCo), Dr Rajendra Singh, that there might be the need to completely halt operations across the country because of the Corporation’s inability to pay staffers for the month of May.

A shocked Holder told News Source on Tuesday that such claims by Dr. Singh are false and he regarded him as being “intellectually dishonest.”

On Monday, Dr Singh to the workers unions that the Corporation might have to cease its operations at all estates with effect from Sunday May, 31 unless funding becomes available within a few days.

But the Agriculture Minister is adamant that the Corporation has money to pay staff for this month and said there is no reason why the new APNU+AFC administration would not support the Corporation, financially until a budget is in place.

Holder explained that he spoke to the CEO last week and was presented with information that there was enough money to last until the end of May and the money is to be used to pay salaries and finance other immediate production needs. 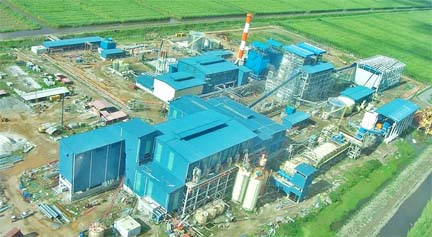 “I was surprised a few hours later to see him saying they could not pay for staff for May, which was totally different from what document said,” the Minister explained.

“First of all the government is not going to let GuySuCo die. In our manifesto we said that within the first one hundred days we will carry out an investigation in GuySuCo which will chart the way forward… there is no way the government could not support GuySuCo until the end of the year when that investigation is complete,” he added.

The Guyana Agricultural and General Workers Union (GAWU) and the National Association of Agricultural, Commercial and Industrial Employees believe that the ceasing of operations by the Corporation would further jeopardize the state of the industry and impact negatively on some 16,000 workers.

The two Unions are seeking the new Government’s help to ensure the continuation of the industry’s operation at this crucial time.

Guysuco has been facing financial problems for several years under the previous administration despite several attempts to improve its productivity.

The CEO of Guysuco was a candidate on the list of the People’s Progressive Party at the recent elections. As part of a restructuring plan by the new government, he is expected to be replaced by a professional.