The union expressed the view that Government appears to have been ignoring and abandoning several positive recommendations that emanated from the Sugar Commission of Inquiry earlier this year. Recognition by the Guyana Agriculture and General Workers Union (GAWU) that the sugar industry will continue to struggle in the face of falling sugar prices has led to the acknowledgement that there is need for diversification of that industry.

This position was articulated in an end-of-year statement issued by the union on Friday.

The union expressed the view that Government appears to have been ignoring and abandoning several positive recommendations that emanated from the Sugar Commission of Inquiry earlier this year.

“That body, we wish to remind, suggested, among other things, producing higher-value products such as electricity, white and other specialty sugars and alcohol which would see the industry on a sustainable path to the benefit of all Guyanese” the statement said, in support of diversification of the ailing industry.

But it was only on Thursday that Minister of Agriculture, Noel Holder, at his Ministry’s end-of-year press conference, spoke extensively on diversification of the industry to ensure it is more sustainable.

The first step in this direction, he revealed, is at Wales sugar estate where 485 acres of land there will be used to plant rice as part of a pilot project in a much larger diversification programme. The Guyana Sugar Corporation (GuySuCo) last experimented with rice in the 1980s.

Earlier this month too, Chief Executive Officer of GuySuCo, Errol Hanoman told reporters that it was best to have a smaller sugar industry with quite a significant diversification programme.

Minister Noel had also revealed that GuySuCo will need a $40B injection of funds from the Government, over the next two years to offset its operational cost which currently exceeds the income generated from sugar.

In light of this fact, the Minister had contended in his Budget 2017 presentation that money invested in sugar is wasted, since the magnitude of the subsidy would have no impact on GuySuCo due to prevailing world market prices and the corporation’s cost structure. 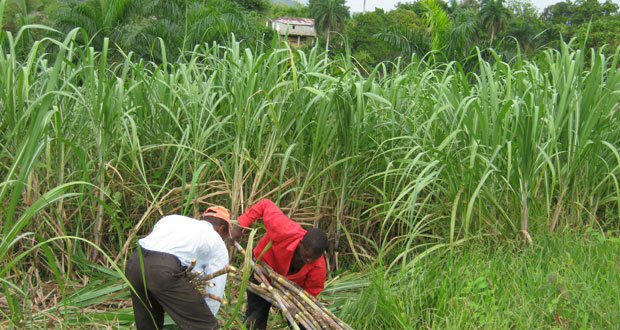 However, this did not sit well with GAWU, and the union expressed that this statement by the Minister was “one of the most anti-working-class statements” made by any Minister of Government.

“It seems that the Minister and the Government have forgotten about sugar’s contributions past and present” GAWU said, adding that nearly $70B was paid by GuySuCo as sugar levy; nearly $30B was received from the European Union (EU) for sugar; the employment created, directly and indirectly; the industry’s dependable foreign exchange earnings; the long-standing subsidy of the local sugar price; and the drainage and irrigation and other services for communities, among others.

These contributions, the union said, have alleviated the pains in many difficult situations and still do today.

Meanwhile, Government has said that it will soon advise on its position regarding the future of sugar.

A team of Ministers is expected to meet with the Opposition Peoples’ Progressive Party (PPP), and some named trade unions to discuss the way forward for GuySuco.

The high-level meeting which is slated for Saturday, will see the participation of Guyana Agricultural Workers Union (GAWU), the Guyana Labour Union (GLU), as well as the National Association of Agricultural, Commercial and Industrial Employees (NAACIE).