On the PPP's side, Opposition Leader Bharrat Jagdeo and several of his Members of Parliament and supporters gathered to protest the government's decision to evict the Cheddi Jagan Research Centre from The Red House over an improper lease agreement that was made under the PPP government. A candle light vigil by the Opposition People’s Progressive Party outside The Red House on Friday night, became confrontational as a small group of members and supporters of the People’s National Congress, held a protest of their own at the same location on High Street, against the PPP.

The People’s National Congress is the largest party in the APNU+AFC Coalition.  The protest was led by PNC Vice Chairperson, Volda Lawrence, who is also the Minister of Social Protection.

On the PPP’s side, Opposition Leader Bharrat Jagdeo and several of his Members of Parliament and supporters gathered to protest the government’s decision to evict the Cheddi Jagan Research Centre from The Red House over an improper lease agreement that was made under the PPP government.

Earlier Friday, the Cheddi Jagan Research Centre, through Attorneys Anil Nandlall and Priya Manickchand, secured a hold on the eviction through a Court order.  The matter will come up in the Court in the month of February, 2017. 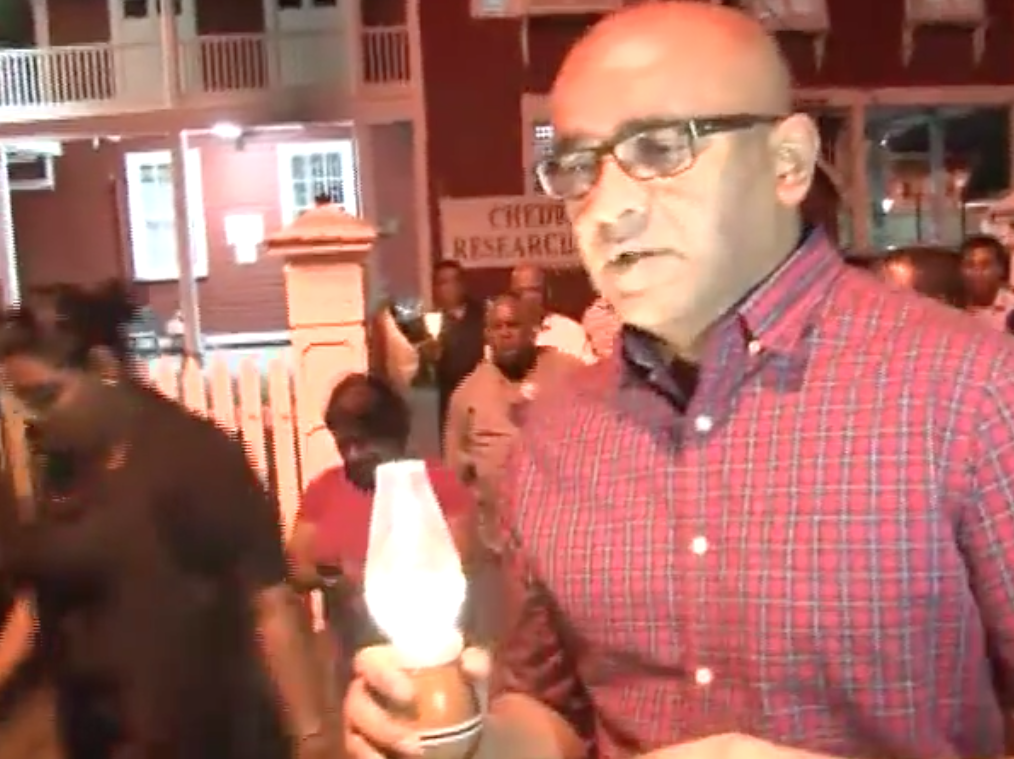 The government had given the occupants of the state owned building up to Saturday, December 31, 2016 to pack up and move out of the building.

The packing had already started when the court order was secured.

On Friday night as rain drizzled across Georgetown, the PPP supporters held a candle light vigil calling the President’s order to evict the Centre from the state property as “vindictive”.

Opposition Leader Bharrat Jagdeo who as President  had never supported the move for the privately owned Centre to occupy the building, was also on the protest line, warning the government that it will have to pay at the 2020 elections for attempting to evict the centre that carried the name of the PPP’s founder, Dr. Cheddi Jagan.

On the other side of the road, the PNC protesters voiced their disgust over the lease arrangement that the former PPP government had approved.  Under the 99-year lease agreement, the Cheddi Jagan Research Centre Incorporated would pay a monthly lease fee of $1000.

Additionally, under the PPP government, all of the costs and bills attached to the centre were paid by the state, including salaries for persons who worked at the Centre, which is privately owned.

PNC/R Vice Chairperson and Social Protection Minister, Volda Lawrence said what the PPP did while in government was write a lease to itself for 99 years without the involvement of anyone else or any other group.   The Red House is a heritage site.

“Did they ask the Guyanese people to do that?  No they didn’t ask.  So I don’t know to whom this tenancy agreement should be referred to”, she said.

The situation became tense as supporters from the two parties shouted at each other over the lease agreement.

Two PPP supporters raised the issue of Guysuco workers not receiving a bonus this year, while the PNC supporter who stood to the front of the protest, told them that she too did not receive a bonus and suffered for 23 years under the rule of the PPP. 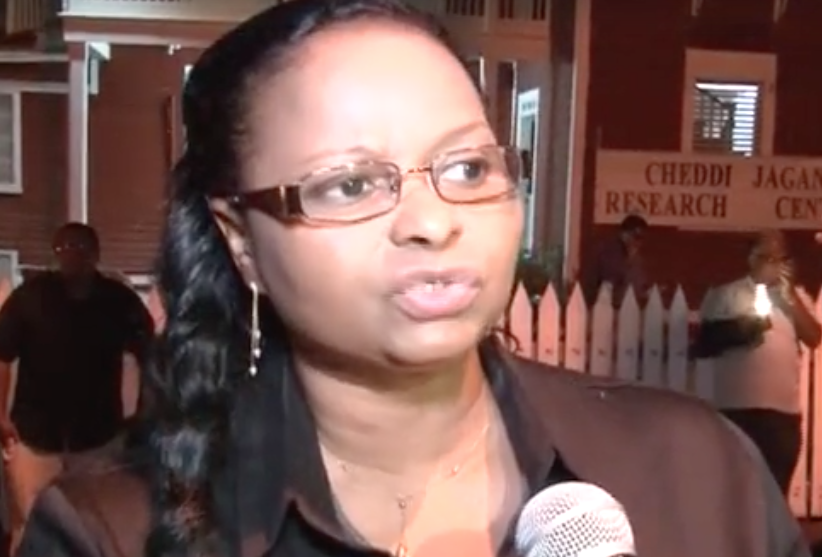 When Mr. Jagdeo turned up, she questioned him about why he never signed on to the agreement as President.  He deflected the question by saying that he did not sign on to every agreement that was in his name and pointed to lands that he had approved for the family of late President Forbes Burnham.

At one stage, PPP General Secretary, Clement Rohee had to forcefully grab one of his party supporters and shove him back to the picket line as the man shouted across at the PNC supporters.

PNC supporter Shondel Hope was later forcibly shoved away from in front of the Red House by PPP member and supporter, Jason Abdulla, who was recently charged in connection with the human waste throwing assault of newspaper columnist Freddie Kissoon.

Hope retaliated by hitting back at Abdulla but News Source understands that she has since filed a police report against Abdulla.

Meanwhile, the government is holding to its position that the lease agreement was flawed and improper and therefore has no legal basis.  The President has given instructions that the National Trust be housed in the Red House from January 1, 2017.