Known for his outspoken personality, Ramnarine took the stand at the Paul Slowe Commission of Inquiry and placed on record that his opinion regarding the allegations was that it was “not properly investigated” by the Criminal Investigation Department of the Guyana Police Force. Known for his outspoken personality, Ramnarine took the stand at the Paul Slowe Commission of Inquiry and placed on record that his opinion regarding the allegations was that it was “not properly investigated” by the Criminal Investigation Department of the Guyana Police Force.

The Assistant Commissioner said he was informed that Persaud had ordered the release of Nazim Khan, against whom the allegation was made.

This order came while the Police Commissioner was on annual vacation leave and while Ramnarine held the post of Commissioner (acting).

Ramnarine told the Commission that if it was left up to him, he would not have released Khan or Andriff Gillard, who was at the time claiming that Khan offered him money to kill the President.

“The fact that they were released the very afternoon indicates a lack of serious effort [in the investigation],” he noted.

The Assistant Commissioner said he was surprised when he learned that the men were released less than 24 hours after being arrested when other persons are usually held for 72 hours for far less serious allegations.

“The fact that the Commissioner was on leave and he was seen in the company of brother of Nizam Khan. That in itself would have amounted to some compromising [ of the investigation],” he added.

He said the Police Legal Adviser had requested a probe to be conducted into the Commissioner’s involvement but he could not say if this was done.

The Assistant Commissioner said the matter never came up for discussion during performance group meeting with senior members of the force when it ought to have been.

Ramnarine said Imran Khan, who is the brother of Nazim Khan is a known Friend of the Commissioner. He said Imran Khan was seen several times in the conference room with Persaud and he formed the opinion that they were friends. 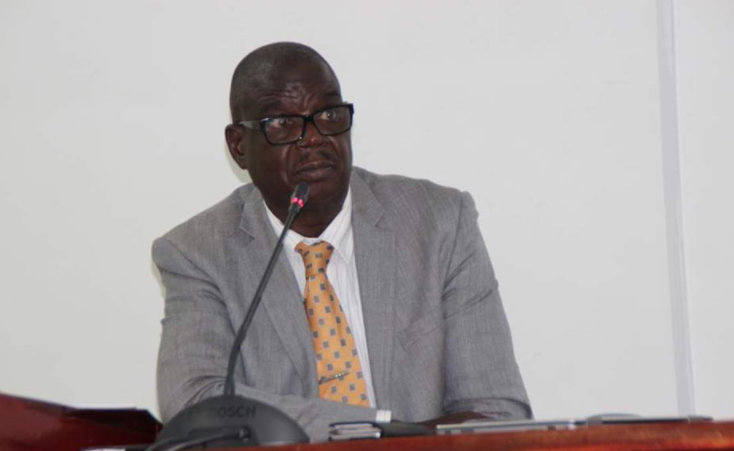 The Assistant Commissioner cast doubt on the judgment of Crime Chief, Wendell Blanhum and said he and the investigation by extension may have been influenced by the Commissioner’s involvement and his association with Imran Khan.

He told the Commission that Blanhum had informed him that he ordered the release of the men but he later learned that it was the Commissioner. “I felt very, very bad about that,” the then acting Commissioner said.

Ramnarine’s evidence was at the time being led by Slowe. Attorney Christopher Ram intervened to caution Slowe about his line of questioning. He said “I believe you are crossing the line this morning,” to which Slowe said “your concerns are noted.

He told the Commission “his [Ramnarine’s] evidence puts him a very embarrassing position.”

Chand made it clear that he was representing the interest of the Police Force and not the Commissioner. Persaud will appear before the Commission on Monday and is expected to bring personal legal representation.

“At this juncture, out of an abundance of caution I do not think I should ask any more questions,” Chang said.