Some broadcasters have been raising concerns about the Bill requesting that they make up to 60 minutes of free airtime available per day for the transmission of Public Service Announcements and Programmes.  The Guyana Press Association and other groups along with some broadcasters had raised concern that the provision was an overreach. It took over two days and hours of debate in the National Assembly, but in the end, the Government used its majority to pass the Broadcast Amendment Bill.

The Friday night passage of the Bill came amidst outcry from some broadcasters about specific provisions in the updated piece of legislation. The original Bill was passed and signed into law back in 2011.

Some broadcasters have been raising concerns about the Bill requesting that they make up to 60 minutes of free airtime available per day for the transmission of Public Service Announcements and Programmes.  The Guyana Press Association and other groups along with some broadcasters had raised concern that the provision was an overreach.

In a statement before the Bill was passed, the GPA said it opposed the actual allocation of times or the need to inform the Broadcast authority about this or for the authority to dictate time slots if it does not agree with those allocated by the stations.

But Minister of Public Telecommunications, Cathy Hughes, sought to alleviate the concerns of broadcasters.  Hughes, who worked in the broadcast industry for decades before entering the world of politics, said there is a great need in Guyana for greater public education and the Bill provides the opportunity for broadcasters to play a role. 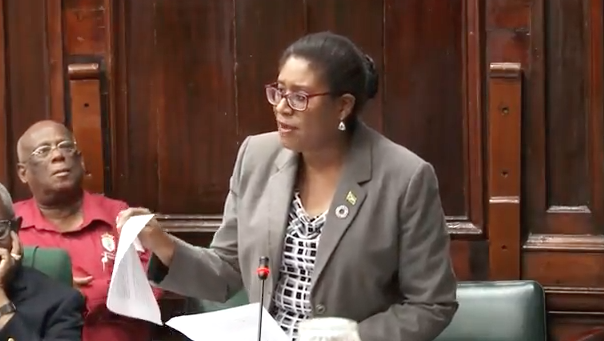 She recalled that during the 2005 floods, the state-owned radio stations found themselves off the air as a result of the floods and were therefore unable to relay emergency information to the public.

The Minister also pointed to legislation in Trinidad and Tobago that requires public broadcasters there to make up to 14 hours per week available for public service announcements and programmes.

But Minister Hughes’ arguments  and position on the Bill were challenged by PPP Member of Parliament and former Home Affairs Minister, Clement Rohee.

Mr. Rohee said in his opinion, the Bill seeks to control freedom of the press. He also said the government may be seeking to close down some radio and tv stations, using the provisions being pushed forward in the bill.

He focused on the Bill seeking to have all existing broadcasters reapply for their licenses. Most of those licenses were issued under the People’s Progressive Party just before former President Bharrat Jagdeo left office in 2011.  Rohee said the government may be seeking not to grant licenses to many of those broadcasters.

But Minister of State, Joe Harmon, said the government is seeking to address many of the wrongs that, according to him, were done by the PPP in the distribution of frequencies and licenses for radio and tv stations.

With documents from the National Frequency Management Unit in his hands, Mr. Harmon revealed that the E-Networks company, which is owned by the brother of a PPP Member of Parliament, was issued thirteen television channels for broadcast. E-Networks which currently operates a cable service, was issued channels 36, 37, 43, 44, 45, 47, 48 and 49 in Region Four along with channels 43, 44, 45, 48, and 49 in Regions Five and Six.

The state-owned National Communications Network has eight channels spanning seven regions. Most of the other television broadcasters are limited to one channel. 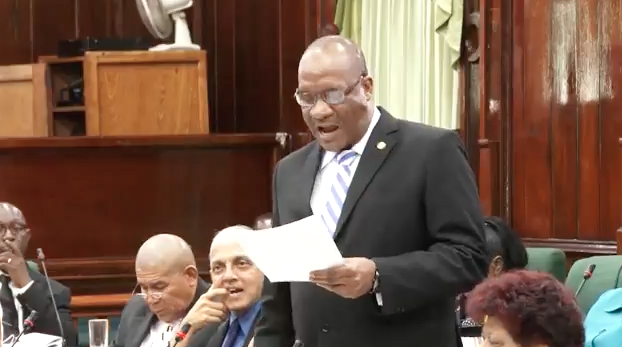 Mr. Harmon also revealed during his presentation that when it comes to radio stations, while the state-owned, National Communications Network received the most frequencies as a single entity, it was associates of the former PPP government that got the biggest collective piece of the pie.

Freedom Radio which is based at the PPP’s Freedom House, I-Radio which was owned by relatives of a former PPP government Minister and Radio Guyana, which is owned by the best friend of former President Bharrat Jagdeo, were allocated more than 15 frequencies that created the broadest reach across Guyana.

The PPP’s Freedom Radio penetrates seven of the ten administrative regions and could be heard in areas where many of the NCN stations and other stations are unable to reach. He also noted that the frequencies handed out to Freedom Radio, I-Radio and Radio Guyana ensured that the stations could be heard in most imported cars which have a limited frequency reach. For those cars to access the other stations, they would have to have special frequency expanders installed.

Harmon said the government wants to create a better and more even playing broadcast field.

Opposition Member of Parliament, Anil Nandlall, sought to defend his party’s decision to hand out the frequencies, saying that the move was done within the confines of the law. According to Mr. Nandlall, all applications that were made for licenses under the PPP were granted.

That statement elicited loud cheers from the government side, with members reminding the former Attorney General of the number of media houses and professional broadcasters who applied for radio and television licenses and never had those granted under the PPP. Mr. Nandlall maintained that the issuing of the licenses was legal.

Prime Minister Moses Nagamootoo wrapped up the debate and told the House that the amendments to the existing Act, seeks to bring better guidelines to broadcasting.  He spoke about the amendments now covering terrorist and racial language and ensuring the public is more informed on national issues.

He dismissed arguments from the PPP that all who applied for licenses during that party’s time in office were granted such licenses. He named the Stabroek News and Kaieteur News as two media entities which were refused broadcast licenses under the PPP, while the Guyana Times, which became a media entity decades after the other newspapers, was given preference and granted radio licenses.

He said the amendments now covers and expands what is already contained in the Principal Act.